What's Next After the "La La Land" soundtrack? 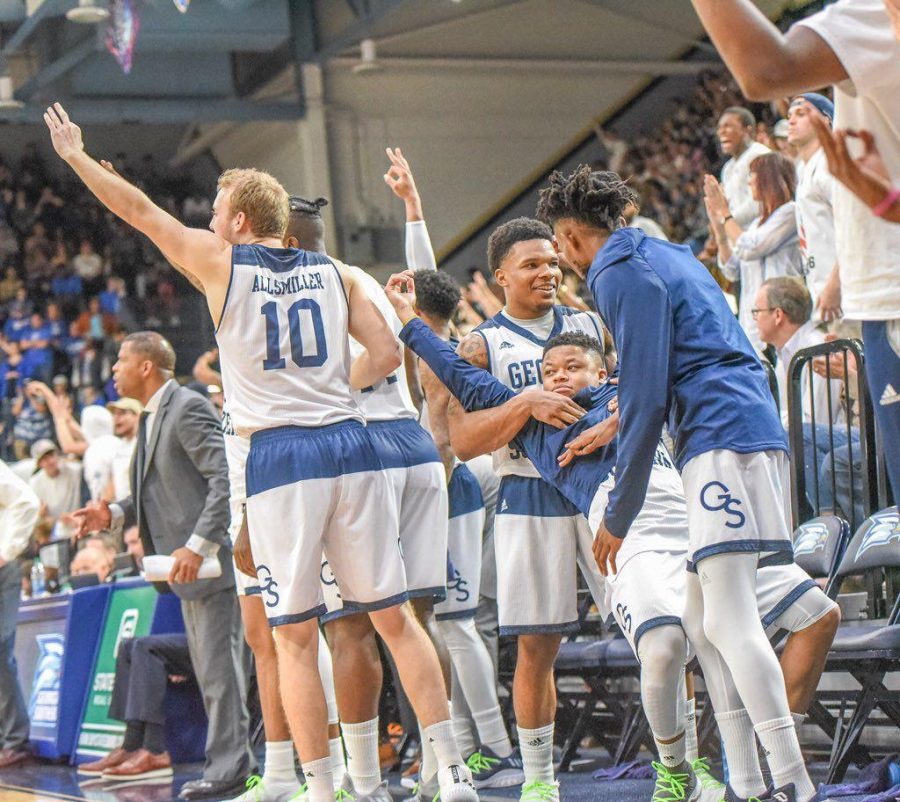 Tione's reactions are always a sight to see.

In La La Land, struggling jazz pianist Sebastian (Ryan Gosling) fervently introduces jazz to Mia (Emma Stone), an aspiring actress and jazz skeptic, successfully convincing her of its artistic merits and the importance of keeping the genre alive instead of buried and forgotten. While it’s perfectly natural for moviegoers to gush over the flawless La La Land soundtrack on Spotify after the credits roll, what about jazz itself? The music that La La Land promoted and clearly loved? With styles such as traditional Dixieland, Swing, Hard Bop, Free Jazz, and many others, it can be difficult deciding where to start when seeking out jazz artists; however, members of Georgia Southern’s Jazz Ensemble has come up with artist recommendations for those who are interested in discovering more of what the genre can offer to music lovers.
“If the old style of Glenn Miller or Tommy Dorsey doesn’t suit you, try something more modern like Gordon Goodwin’s Big Phat Band. Most of the musicians you heard on the La La Land soundtrack are members of that band,” Dr. Richard Mason, associate professor and director of the GS Jazz Ensemble, said. “I’ve always loved the big bands of the 1970s. Bands like Maynard Ferguson and Buddy Rich were very influential to modern jazz musicians. It doesn’t get any more exciting than Maynard.”
Jonathan Tang, sophomore trombone player, likens jazz as “the classical music of pop” and enjoys performing jazz because it’s “one of the more expressive genres of music”
Tang recommend new jazz enthusiasts to check out Count Basie, who he describes as “one of the most influential styles in swing,” and artist Duke Ellington. Both Ellington and Basie were black artists who organized and led their own orchestras in the 1930s

According to Dr. Mason, who taught jazz history, while early Dixieland jazz bands were comprised of black musicians, the first jazz recording was actually made one hundred years ago in 1917 by a group of all-white musicians called the Original Dixieland Jass Band. From there, jazz continued to grow, evolve and flourish as musicians experimented with different techniques and embraced new cultures, developing numerous, new styles and subgenres within the art form.
“It should be noted that none of these styles have actually gone away with the establishment of new styles,” Mason said. “Much like a tree with many roots and multiple trunk stems. As the art-form continues to evolve as a separate branch of the tree, the other branches continue to survive and find their own space on the tree.”
Jazz is still kept alive today by high school and college jazz ensembles. High schools and university music programs continue to promote big band jazz and other styles. GS’s Jazz Ensemble perform two full concerts each semester and bring in guest artists such as Late Show with David Letterman’s Tom ‘Bones’ Malone, professional trumpet player Byron Striping and other talented jazz artists.
While La La Land has vibrant, musical set pieces and an iconic soundtrack for students to enjoy, they can also take advantage of the actual music the film champions by going to the jazz concerts Georgia Southern hosts on campus.
“Ninety five percent of music department events are free to the public and yet no one really knows about them which is completely ridiculous,” Tang said. “There is great art being produced on this campus. It just needs to be shown to the world. We are the South’s best kept secret.”
Feature image courtesy of IMDb.