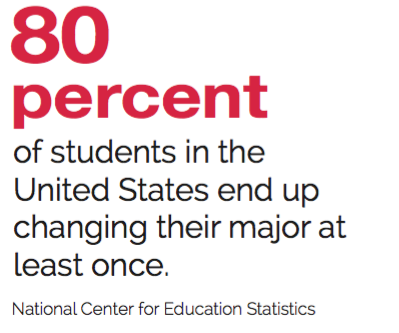 For many of you, soccer is a sport that you watch every four years for the World Cup. You sit down during the summer and cheer on the U.S. Men’s National Team. However, this upcoming summer you won’t be able to do that because the USMNT failed to qualify for the World Cup for the first time since 1986.
In an embarrassing loss to Trinidad and Tobago on Tuesday, the US hopes quickly vanished once Honduras and Panama won their respective games. The National Team looked like a mess out there and a team that clearly doesn’t belong to be among the 32 best soccer nations in the world.
The stars that were suppose to save the team, Clint Dempsey, Jozy Altidore, Michael Bradley and Tim Howard, didn’t show up. The coach, Bruce Arena, who  was suppose to get the team to the World Cup after the firing of Jurgen Klinsman, made the wrong decisions.
It’s time to clean house. From top to bottom, U.S. soccer is broken. I don’t think this team has the talent necessary to go to the World Cup in 2022. Other than Christian Pulisic, the 19-year-old phenom who plays in Germany, there are no players ready to replace all those “stars” mentioned above.
Starting over after missing the World Cup is a process that many nations around the world go through and the U.S. hasn’t because they have made the last 7 World Cups. Qualifying to the World Cup every four year has made people think that U.S. soccer is growing and it’s well. It’s time for a new generation of US soccer players to take over the team. It’s time to give kids coming up through the system a chance. Although that system is broken. The veterans can’t get the job done anymore. The problem is that people in the U.S. don’t care enough about soccer to demand change. People will forget about this failure in a couple of days, but the majority of soccer fans won’t.

Soccer is our way of life


For a lot of us, soccer is everything and the World Cup is the ultimate goal and event. I have watched soccer and played soccer all my life both here in the U.S. and when I lived in Ecuador. Soccer for most of the world is a religion and we take it seriously.
Panama declared a national holiday on Wednesday following the country qualifying to the World Cup for the first time. A video is circling online of a man from Egypt crying after his country made it to the World Cup. I remember crying and celebrating after Ecuador made its first, second and third World Cup. It’s a feeling that I can’t describe.
The story is different in the U.S. Americans tend to not care about soccer and I don’t blame you. Just look at some of the replies when ESPN or other networks and people tweet something about soccer, you will always get multiple replies saying “Soccer is not a sport.” Well, according to FIFA’s most recent Big Count Survey, nearly 265 million people are involved in some capacity, which is around 4 percent of the world’s population. According to the same survey, more than 24 million people in the U.S. play soccer at some level, second only to China. According to NBC News, more than 3 million youth players are officially registered with U.S. Soccer programs in 2014, which is an 89 percent increase since 1990, the first time the U.S. qualified to the World Cup in 40 years.
The sport keeps growing and the World Cup and the Men’s National Team are directly linked to that growth, but with this failure, the growth might be stopped. However, the MLS can change that. Creating a culture within MLS that demands respect around the world, would go a long way into making sure the Pulisic type players stay in the U.S.
The next generation

Pulisic might the best player in US National Team history since Landon Donovan. In my opinion, he will surpass Donovan, but we have to wait and see. He has grown in talent by going to play in Germany for Borussia Dortmund, one of the best teams in Europe, and has quickly become a well-known name on the team.
The problem is that Pulisic is the only one out there. Dempsey, Howard, Bradley, Altidore and the majority of the other players on the national team play in MLS, which is not close to the same level of European competition.
It is true that MLS is growing. Stars like Ricardo Kaka, David Villa, Bastian Schweinsteiger, among others are increasing exposure to MLS. Crowds are MLS games increase every year and new franchises like Atlanta United have exceeded expectations. However, most of the players in Atlanta United are from out of the country.
There is a problem in US soccer and it starts from the top all the way to the bottom. There are thousands of academies and millions of kids that play soccer every year in the US to become the next big thing. Qualifying to World Cups is a process and can’t be done in a year, but if U.S. Soccer doesn’t get to work sooner rather than later, there won’t be any World Cup for the U.S. until the possibility of hosting in 2026.