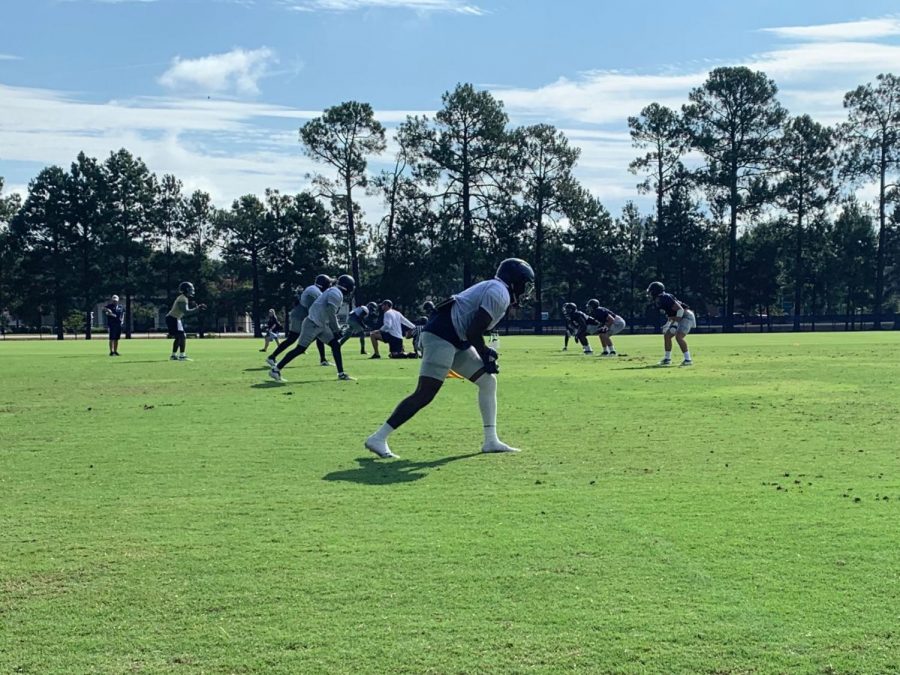 The defensive coaches took the stage on the fourth day of fall practice.

STATESBORO — The Georgia Southern football team had another productive day of fall camp on Monday, with Shai Werts warranting much of the media’s attention.

But, none of the offense would be made available to talk to the media present.

After a slightly sluggish Sunday practice for the defense, both coaches were satisfied with the team’s performance today. Sloan spoke highly of the dynamic between top rated players Kindle Vildor and Monquavion Brinson, who thrive off of friendly competition on the field. He believes that seeing each other make big plays inspire them to perform at a higher level.

“We always say competition is the best thing to drive a guy forward,” Sloan said. “It’s a luxury to have two solid corners, three solid corners when you throw Jessie [Liptrot] in there.”

GS finished last season ranked first in the nation with the highest turnover margin, 22, in FBS. The team has set high expectations in the locker room to hold themselves accountable.

“We preach the turnovers and we practice them everyday and it’s a big part of who we are,” Sloan said. “I’m a firm believer in whatever you demand in practice is what you get on game day.”

Cabral emphasized that the coaching staff is working on shifting the team from being coach-led to player-led. He is confident that everyone will pull their weight on the line and wants to give multiple people the chance to play.

“We’re gonna play 12-13 defensive linemen,” he said. “That’s not just a participation award, that’s because they’ve earned that spot and they have a role on this team.”

Rebecca Hooper contributed to this article.