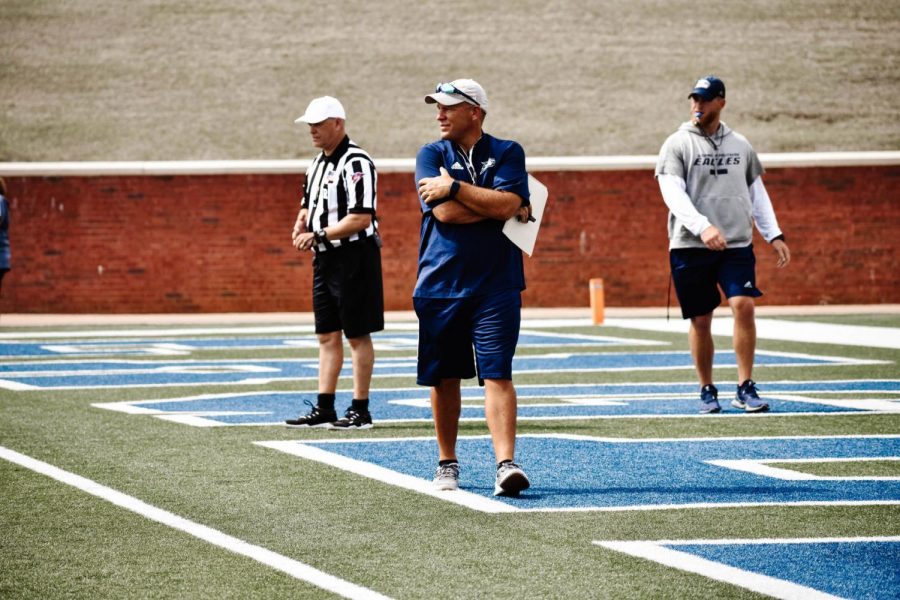 Georgia Southern’s 10-game turnaround was one of the most impressive storylines in college football in 2018 in a season defined by electric quarterbacks and Texas being back.

In his first full season at the helm, Chad Lunsford revitalized not only a football program that had sunk to the pits of a proud history, but a whole community. The 10-3 season is one that is arguably the top season for GS since the Eagles went 12-2 in 2001, falling to Furman in the FCS Semifinals.

Now, the challenge for GS will be keeping that momentum and passion for back to back seasons. That task is something the Eagles have yet to do since moving to FBS, but this team has all of the parts to be the first to do it.

On offense, Shai Werts will be in the running for Sun Belt Offensive Player of the Year. Since his debut against Auburn in 2017, the quarterback from South Carolina has matured each game, with his final play of 2018 being one that will be etched in GS football history forever.

Around Werts is a dynamic cast of characters. In the back field is three running backs that each offer a different gift to the table. In Wes Kennedy is shiftiness and a knack for downright speed. In CJ Wright is a more between the tackles approach. In J.D. King is raw talent that is sure to provide a burst of energy.

On the outside is a slew of returning receivers with Darion Anderson, Mark Machaud and Colby Ransom. All three have experience and big play capability, showcased multiple times last season.

The Eagles’ defense has talent across the field, from Monquavion Brinson to Raymond Johnson to Kindle Vildor to Justin Ellis to Ty Philips. It’s been harped on, but this defense has a chance to be one of the most menacing in the conference.

Where the momentum could be under attack is the scheduling. Much of the magic of 2018 came from the two upset home victories.

I’m still in awe of Kennedy’s reverse to win the game against Arkansas State to start off conference play. It was a remarkable environment that set the tone for the type of intensity the team played in Sun Belt games.

Then on a damp Thursday night in October, the Eagles had everything go their way against No. 25 Appalachian State. The victory was one that five years from now, I’ll still look back on in disbelief that all of the events that happened that night actually happened.

Now, the Eagles have to go to Jonesboro in November, they’ll have to face a deep Mountaineers team on Halloween for a game that APP has had circled since last October and they play at Troy. I think the Trojans are the most complete team in the Sun Belt.

Those three games plus this weekend’s season opener against No. 6 LSU make for a daunting road schedule. While the home schedule is much more inviting that a season ago, the road isn’t forgiving.

For a straight up schedule prediction for this GS team you ask? I’ll go 8-4 with losses at App State, LSU, Troy and Arkansas State. That record is giving a victory against Big Ten school Minnesota, however, which would be huge for this program.

I don’t expect the team to have another 10 win season, despite the talent across the board. That isn’t the fault of anyone in blue and white, but the way the schedule/stars aligned.

Early bowl projections have the Eagles in the Cure Bowl in Orlando, which I would be all for. Finally, a bowl game outside of the great state of Alabama.

But bowl games are in December and 12 games have to be played before we get there. 14 weeks of this college football season. So sit back and enjoy and be thankful the Eagles don’t travel to New Mexico this season.