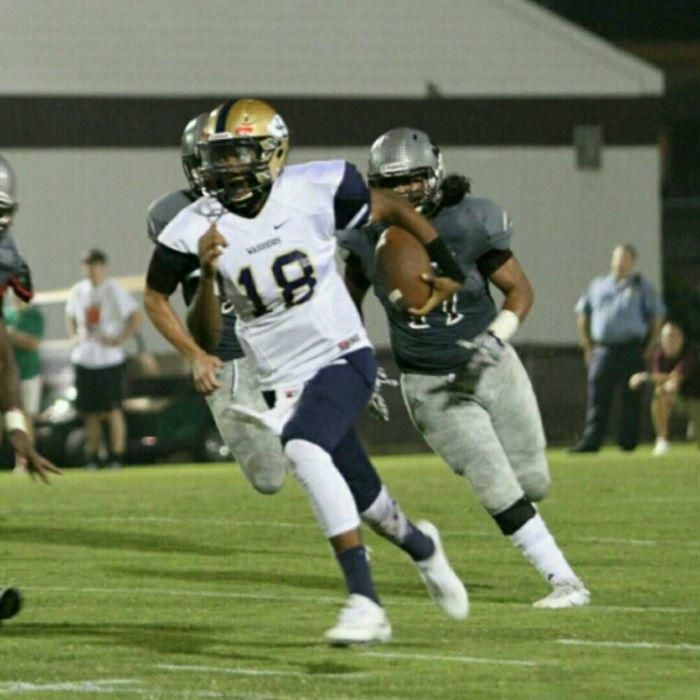 Dual-threat quarterback Jaden Jenkins committed to Georgia Southern in December 2018, but is no longer with the team.

Former back-up quarterback Jaden Jenkins is no longer with the Georgia Southern football team, confirmed by the program Monday night.

“Jaden has left the team,” a statement from the program said. “We wish him the best of luck in everything moving forward.”

Jenkins committed mid-December of 2018, being first athlete to commit to the 2019 recruiting class. The three-star quarterback from Louisville, Georgia had quite the record as he threw for 16 touchdowns and rushed for 11 his junior year of high school at Jefferson County.

He was a quick quarterback, logging 935 rushing yards his junior year. His throwing capabilities were also impressive as he threw for more than 1,100 yards that same season.

The dual-threat quarterback had four other offers from Cincinnati, Kentucky, Navy and Tulane.