A group of men and women gathered under a beautiful Irish sky to cut the ribbon on Georgia Southern’s Wexford learning center on Wednesday, Nov. 20. Deputy Prime Minister of Ireland Simon Coveney served as the ribbon-cutter for the event.

“That indicates, I think, that there was real support at the national government level for what we were doing,” said Director of the Center for Irish Research and Teaching Howard Keeley, Ph.D.

Keeley said that this opportunity has come after a decade of engagement in southeastern Ireland. The contacts made by GS during this time helped spearhead this project and make the GS Wexford possible. He said that it is important to realize the GS Wexford is not simply a nice facility. It also offers students valuable opportunities and networks.

November 21, 2019 • At Áras an Uachtaráin (the Presidential Mansion or “Irish White House”) in Dublin, the President of Ireland, Dr. Michael D. Higgins, greets Georgia Southern President, Dr. Kyle Marrero, as part of a reception in honor of Georgia Southern Wexford. Immediately next to President Marrero stands Don L. Waters, Chair of the Board of Regents of the University System of Georgia. Courtesy of Howard Keeley

“It is a superior international professional network of, really, friends and colleagues. And I think that’s absolutely the critical dimension of this,” said Keeley.

The learning center was made possible by an $800,000 third-party investment, according to the Irish Georgia website.

The opening of the center addresses one of the strategic imperatives outlined by the University System of Georgia. One of the imperatives incorporates a fundamental action plan and internationalizing the student body.

“So as an institution, although we have always had a commitment to international education, and we need to be more focused on that, more programmatically focused on that, than we have been in the past,” Keeley said.

Choosing Wexford as the location for the learning center was not arbitrary. Keeley said that the choice was historically grounded. Savannah is considered the most Irish city in the Southeastern United States, hosting one of the largest St. Patrick’s Day parades in the world.

Years ago, a group of graduate and undergraduate students at GS began an archival project to try to understand the Irish history of Savannah more intimately. He said that one of the most significant discoveries made came to light on the 1860 federal census of Chatham County. The 1860 census showed that of the white population, or what would then have been called the “free” population, one in four people had been born in Ireland.

Keeley said that this highlights the fact that people in Savannah or Chatham County during this time who called themselves Irish were born in Ireland, rather than being Irish because their parents or grandparents had been born there.

Keeley added that the students found that this migration from Ireland, in large part, occurred about a decade before the census, so in the late-1840s and early 1850s.

“It happened because three shipping companies in a part of Ireland made a commercial decision to open up a route between southeastern Ireland and Savannah, which ran in the winter, starting in 1845,” said Keeley.

He said the hope now that hundreds or even, eventually, thousands or GS students will be traveling to Wexford.

November 21, 2019 • At the Georgia Southern Wexford reception at Áras an Uachtaráin (the Presidential Mansion or “Irish White House”) in Dublin, education and business were honored. Among those representing the economy of Georgia were (left to right): Pat Wilson, current Commissioner for Economic Development of the State of Georgia; Craig Lesser, former Commissioner; Trip Tollison, Chair and CEO, Savannah Economic Development Authority.. Courtesy of Howard Keeley

Dave Legasse, chairman of the Georgia Grown Commission and former chairman of Visit Savannah said that the partnership in Ireland is multifaceted.

“It has the impact of creating an economic partnership,” said Legasse. “I think that it has a lot to do with tourism, the development of economics, the sharing of education and also culture.”

Legasse said that Savannah has a rich Irish heritage that dates back to 1733 when Irish people first came to Georgia with James Oglethorpe. In this respect, Georgia’s partnership with Ireland has been in place for over 200 years.

Keeley said that Ireland is an ideal location for the new learning center because it is the only english speaking nation in the European Union.

Ireland was the fourth fastest growing source of foreign direct investment (FDI) in the U.S. in 2018, according to SelectUSA.

“It’s a great place for our students to study abroad,” said Keeley. “So we’re really confident about the choice of Ireland and in building this next frontier for GS.” 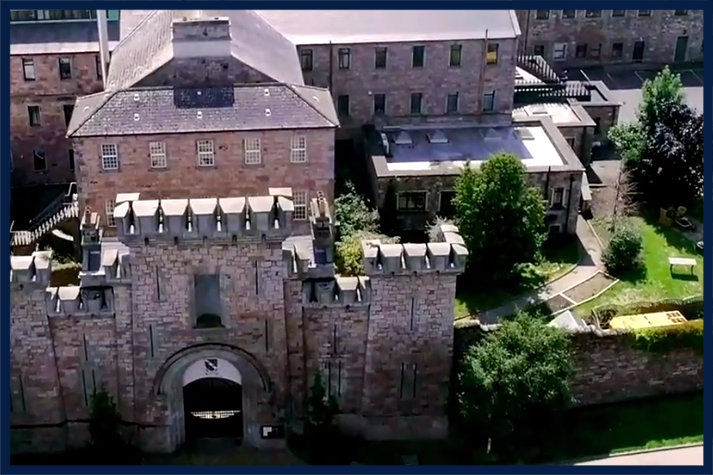 The new learning center is also important on a regional scale. World Trade Center Savannah partners with Wexford County council and has a formal economic development partnership and program. The company led its first mission in Wexford in 2016.

“We work to help Irish companies from that region grow into the United States and then we hope that our regional companies can grow into Ireland and the European Union through Wexford,” said Jessie Jenkins, manager of research and trade development for World Trade Center Savannah.

Jenkins said that having a new campus and GS’ presence in Wexford is one more tool in the toolbox for all of their companies both here and abroad.

“A lot of economic development is all about relationships,” said Jenkins. “Of course, facts and education are the cornerstones for a project coming to life.”

She said that working in a partnership with GS is important to World Trade Center Savannah and that education, including higher education, is crucial to economic development.

“As long as we are working with companies and getting to know what they need from a workforce perspective, we have to have that really good relationship with higher education, so that they’re creating the workforce of the future that will attract the next big project,” said Jenkins.

She said that having an international campus will help realize that goal.

“A success for GS is a success that we want to celebrate right along with everyone,” Jenkins said.

The educational opportunities that come with this development cannot be understated. Keeley said that the university is in advanced negotiations regarding an initial, high value, student internship opportunity.

Keeley said that the Center for Irish Research and Teaching, as well as their partners in the Savannah economic community and in Ireland have received a €309,000 grant to bring their economic development initiative, called the Wexford-Savannah Trade Bridge Project, forward. The grant came from an entity called Enterprise Ireland, which is an Irish Government economic development agency.

“Georgia Southern, we are very much focused on the dynamic between education and economic development, particularly regional economic development,” said Keeley “So, we’ve made great progress here and that’s why we got the grant because we were able to demonstrate that we’re delivering.”