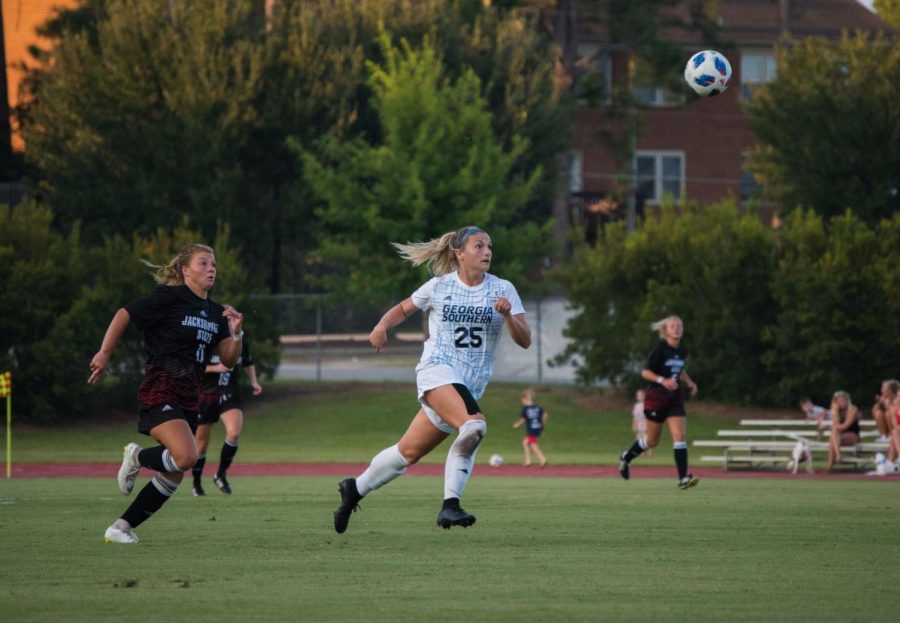 The Georgia Southern women’s soccer team will travel to Maryland for their first regular season game on Thursday.

Similar to GS, this is Maryland’s first game. They previously played an exhibition against Delaware on Aug.11.

Last season, the Terrapins finished 4-10-5 and 2-7-2 in the Big 10, with one of their huge victories being over GS rival Appalachian State where they took a 3-1 victory.

The team was led by redshirt-junior midfielder Darby Moore who made seven shots on goal in her 18 game appearances, while sophomore midfielder Hope Lewandoski made 23 shots and seven goals in her 19 appearances.

Based off of last year’s statistics, Maryland is a second half team. They seemingly outscored their opponents and tallied more saves in the latter half. The team welcomes back 21 members from last season and six freshmen.

GS is coming off of a hard fought victory in an exhibition against Jacksonville University last week. Sophomore midfielder Nora Falnes had a strong showing as she made the first goal of the match, and her assist to Dani Coumbs at minute 73 would prove to be the game winning shot.

In 2018, GS finished 5-12 and 3-7 in the Sun Belt. With an offseason full of coaching staff changes, the team is looking to start the season with a positive note.