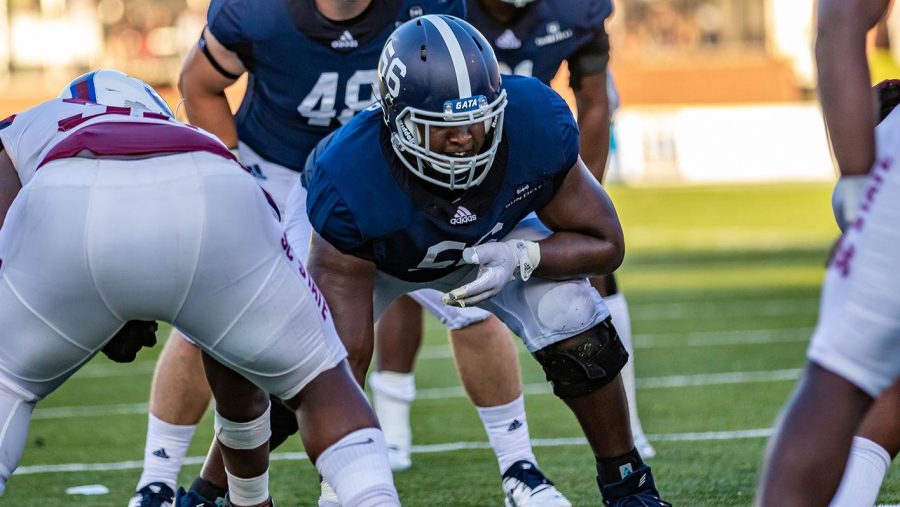 STATESBORO — The next man up mentality of the Georgia Southern football program will be in full effect as the team learned they would be without starting right tackle Brian Miller for the 2019 season.

Miller, a redshirt-sophomore from Savannah, Georgia, went down last Friday at practice with a hip injury.

“Brian Miller is recovering from surgery on a right hip injury he suffered last week in practice,” a statement from the team reads. “Our hope is that he is released from the hospital by the end of the week and he will miss the 2019 season.”

At the second scrimmage of the preseason, Miller was replaced by redshirt-junior Drew Wilson who missed all of 2018 with an injury. Wilson had 10 starts and 781 total snaps in 2017.