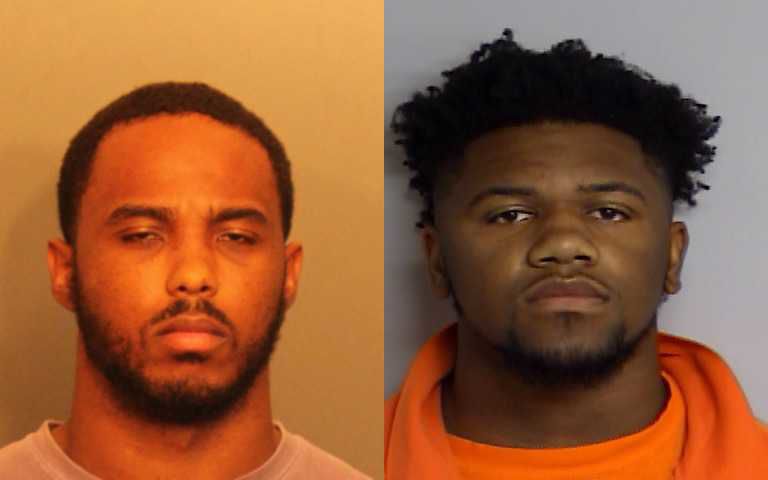 Shai Werts along with defensive end Quan Griffin were both arrested this week for unrelated incidents. Werts was arrested in Saluda, South Carolina Wednesday and Griffin in Bradford County, Florida Thursday.

UPDATE: The George-Anne received the police reports at 12:16 p.m. The article has been updated to present this information.

Werts, a South Carolina native, was arrested in Saluda, South Carolina Wednesday, and charged with a misdemeanor possession of cocaine and speeding when officers found a white residue on the hood of his car.

According to the police report, Werts was initially pulled over for a speeding violation before a white powder was discovered on the vehicle. When the officer attempted to pull Werts over for a stop, he kept driving because of the dark area.

“The driver of the vehicle had contacted 911 and advised he was not pulling over until he had reached further into town with lights as it was unsafe,” the report states.

After reaching town, Werts was arrested for speeding and read his Miranda Rights. He was asked about the white powder on the hood of his vehicle.

The officer “tested the white powder substance on the hood with a cocaine kit and it did test positive with two kits in two different places of the hood of the car.”

Werts stated it was bird poop that he tried to clean at the beginning of the week at the local car wash.

“Everything about him and inside his vehicle made him appear as a clean person but the hood of his car was out of place,” the report states.

Werts denied knowledge of origin of the cocaine, according to the report.

The powder appeared to have been “thrown on the vehicle and had been attempted to be washed off by the windshield wipers, and wiper fluid as there was white powder substance around the areas of the wiper fluid dispensary,” the officer wrote.

Griffin, a Florida native, was arrested for a domestic dispute.

According to the Bradford County Sheriff’s Office, Griffin has been charged with battery, aggravated battery, weapon offense, damaging property, burglary, larceny, robbery and obstructing justice. His bond is currently set at $345,000.

As starting quarterback last season, Werts finished the season with 908 rushing yards and scored a total of 25 touchdowns. Griffin tallied 22 tackles last season and led the team on defense with three forced fumbles.

The George-Anne will update this story when more information becomes available.