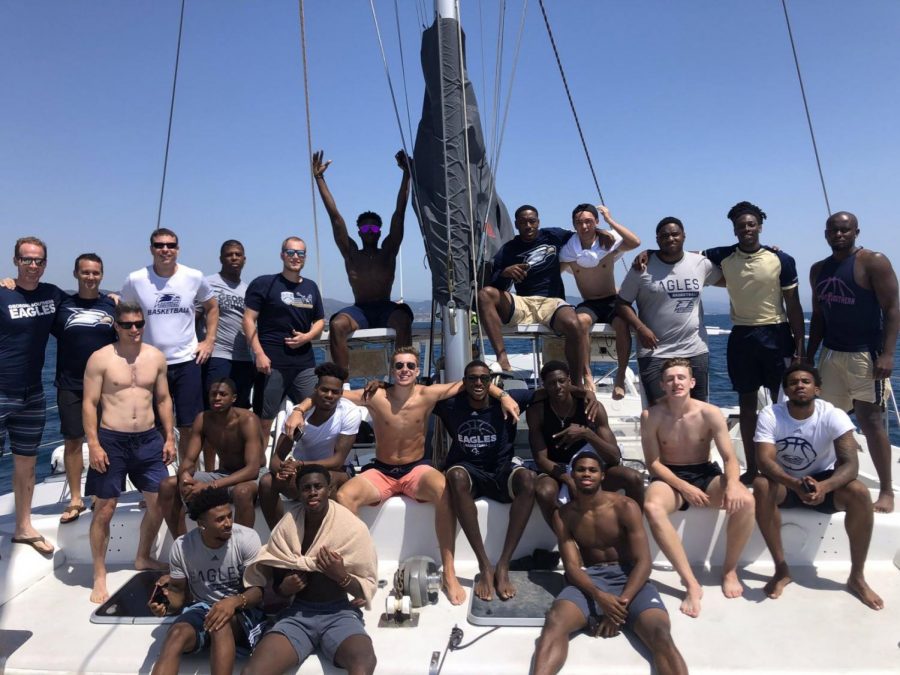 The Georgia Southern men’s basketball team went on a weeklong European adventure and went undefeated in tournament play this summer.

The team’s trip, which took place at the beginning of August, included many sightseeing tours. The team took went on a boat cruise, took a bike tour around Madrid, Barcelona and Sagrada Familia while participating in practice sessions at the Real Madrid basketball facilities.

The soccer fans on the team were ecstatic as they attended the Barcelona vs. Arsenal game and took a tour of Santiago Bernabeu, the Real Madrid soccer stadium.

“The teams we played against were a mixture of professional players and gave us great games,” Byington told GSEagles. “I was happy with the way we played and that we were able to win all the games by double figures.”

The team played three games over the course of the week and defeated Madrid and Barcelona. Senior forward Isaiah Crawley was the frontrunner against Madrid in the first game, tallying 19 points and five rebounds. Junior guard Trevion Lamar made his first appearance as an Eagle and contributed seven assists.

In the second game of the trip against the Barcelona Pros, sophomore guards Calvin Wishart and Elijah McCadden combined for 10 assists. Crawley had another strong showing as he led the team with 23 points and six rebounds to a 100-86 victory.

In their final game against another Barcelona pro team, Wishart led the team with 22 points and five assists as GS ran away with the 106-83 victory.

“I wanted our team to get better at basketball, experience and learn about other cultures and grow closer together,” Byington said. “We definitely accomplished all three of those.”

The team’s full schedule has not yet been finalized, but basketball fans have rejoiced this offseason over the news that redshirt-senior guard Ike Smith has been granted a medical hardship waiver by the NCAA.