Through the rain, Statesboro students find success on first days of classes 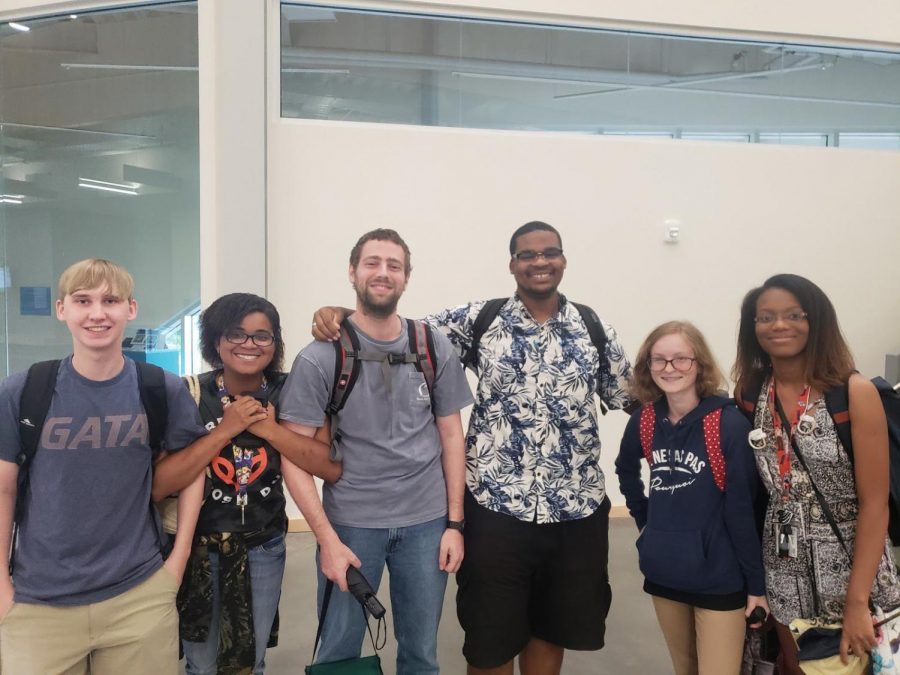 STATESBORO — Georgia Southern students shared their reactions on gearing back up for school and some takeaways from the first day of the semester on Monday.

Despite the heavy rain falling late into the afternoon, students still made their way to and from classes with anticipation of the upcoming year.

“I have classes with the same people I’ve had for the last couple years now,” senior geography major John White said. “It’s nice to come to class on the first day and see people I know.”

Sophomore Savannah Sheets had some trouble finding her way around the Interdisciplinary Building as she’d never had a class there before, but loved her accounting and business analytics teachers.

“We’ve had this Japanese teacher for the past five semesters and did a study abroad with her this past summer, so it’s been really chill,” Grant said. “Same basic stuff every year, so it’s always good to see her class on a Monday.”

“It’s the same old same old,” Weaver said, adding that what really stands out for him is being with friends.

Alexis Jones, a junior computer science major, also recognizes the importance of friends as she spent time studying abroad with them for her Japanese minor.

The response drawing a number of laughs from her friends who stood nearby.

With hopes high early in the semester, some students are in an anticipatory mood but still ready to be done with the daily grind. Junior Caleigh Anderson, a writing and linguistics major, said classes were pretty good and she’s looking forward to them ending.

“I am a victory lap senior. I’m looking forward to graduation,” Towler said.

Harris said he was looking forward to classes and remains hopeful about courses he doesn’t think will be too difficult this year.

“I graduate in December and I’m hoping to finish off strong,” said Harris.