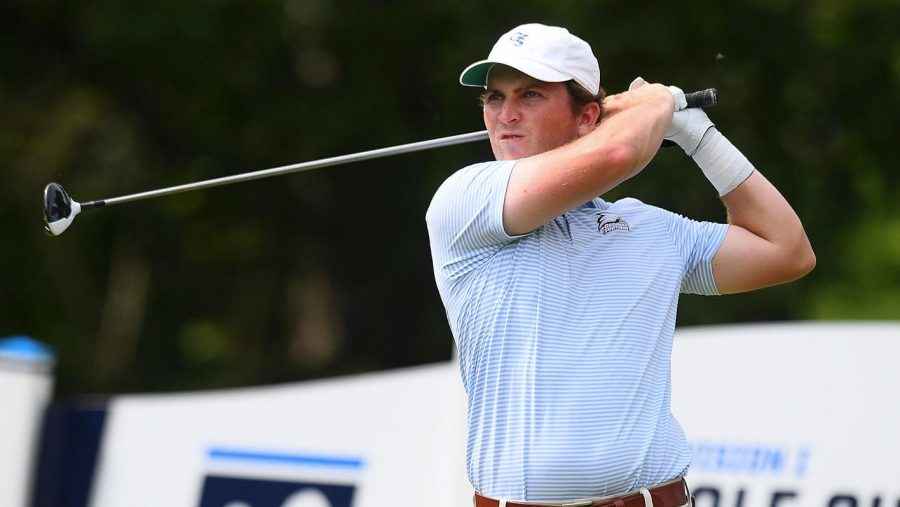 Fisk was awarded the 2019 Sun Belt Golfer of the Year.

Georgia Southern grad and former men’s golfer, Steven Fisk, has been selected to the 10-member roster representing team USA for the 2019 Walker Cup.

The Walker Cup serves as a biennial amateur golf competition between a compiled USA team versus a compiled Great Britain and Ireland team. Its official match history extends back to 1922 with the USA having a favorable all-time lead of 36-9-1, according to the official Walker Cup website.

The selection of Fisk follows the trend of an impressive 2019 to date for the former Eagle, adding to the Sun Belt Golfer of the Year, Haskins Award finalist, and All-Nicklaus team nods earlier in the year. Fisk also finished second individually in the NCAA championships in May.

The upcoming competition includes singles matches and foursomes (alternate-shot) matches with one full point awarded for each victory and a half-point awarded for matches that remain even after 18 holes. The USA needs 13 points to retain the Cup while GB&I must acquire 13.5 points to reclaim the title.

The 2019 Walker Cup tournament will be held at Royal Liverpool Golf Club in Hoylake, England September 7-8. Team USA scored a victory in the most recent competition, winning 19-7 over Team GB&I in 2017.