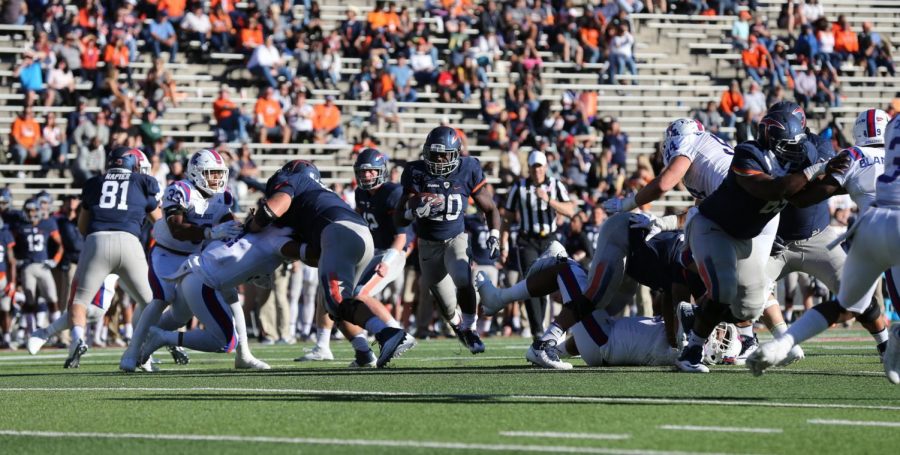 Former UTEP running back Joshua Fields (20) has transferred to Georgia Southern as a walk-on.

Former University of Texas-El Paso running back Joshua Fields has transferred to Georgia Southern for his third year of NCAA football.

Fields will join the Eagles as a walk-on at preseason camp that begins Friday.

On Wednesday, GS head coach Chad Lunsford tweeted his typical tweet that he sends after getting a commit.

During his two years as a Miner, Fields played in 20 games to rack up 419 yards and score two touchdowns.

Fields will be ineligible for the 2019 football season.