No motion for alcohol in Paulson 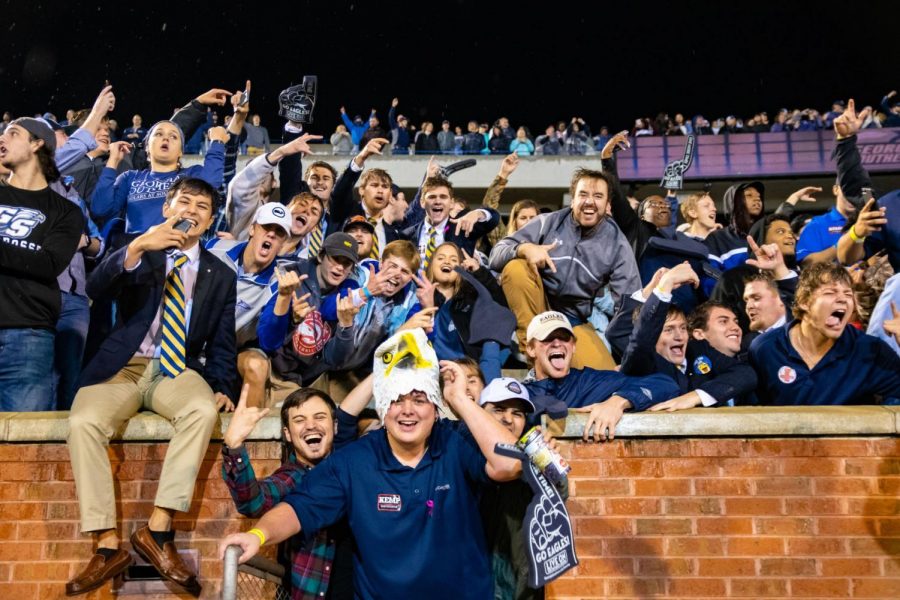 There has been no motion for Paulson Stadium to sell alcohol to the general public.

STATESBORO — As schools across the college football landscape have begun to allow the sale of alcohol in their football stadiums, there has been no motion from Georgia Southern to allow alcohol to the general public in Paulson Stadium.

For several years, alcohol has been sold in the Club Level of Paulson, but this is limited to those who donate to the GS Athletic Foundation.

“At this time, there is no movement to sell beer stadium-wide at Allen E. Paulson Stadium,” said Bryan Johnston, associate athletic director. “Patrons are required to pay a minimum donation to the Georgia Southern Athletic Foundation in order to purchase a ticket in these premium areas.”

The Club Level in the north stands Johnston alluded to is stocked with beer, sodas and snacks by the Athletic Foundation as part of the Eagle Fund membership. The other areas where beer and beverages are available are the OptimZone, located behind the endzone in front of the Gene Bishop Field House and in the south stands at the Stadium Club.

In all areas, beer sales end after the third quarter.

Appalachian State is the most recent to school to start the movement to allow alcohol to the general public, with the board of trustees reaching a decision Thursday to let the athletics department pursue alcohol permits.

Fans that travel to LSU for GS’ season opener will be able to purchase alcohol in Tiger Stadium, the school announced Thursday.