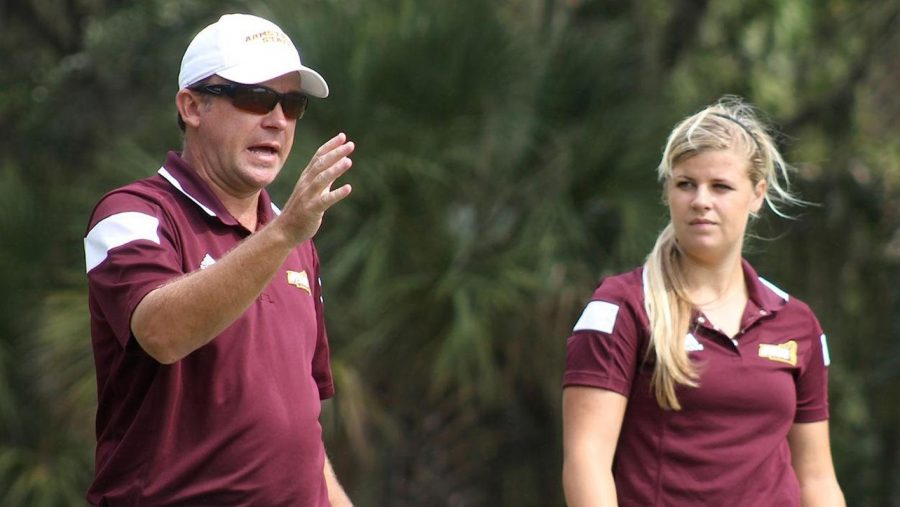 Georgia Southern women’s golf announced Michael Butler will join the team as an assistant coach. Butler served as GS’ Director of Golf Performance Center and Development following consolidation with Armstrong, where he had served as the men’s head coach for 17 seasons and the women’s for 13.

During his time as head of the Pirate’s program, Butler led the men’s team to 13 consecutive NCAA Division II Regionals, including a national championship runner up placement in 2005. His women’s team won a pair of conference championships in 2012 and 2016.

Butlers skill and experience allowed him to drum up support and funding for the program as the Director of Golf Performance Center and Development, a task that asked him to facilitate golf instruction to GS alumni and donors.

His return to coaching will help support a burgeoning Eagle golf program that will return 2019 Sun Belt Individual Champion Ella Ofstedahl this season.