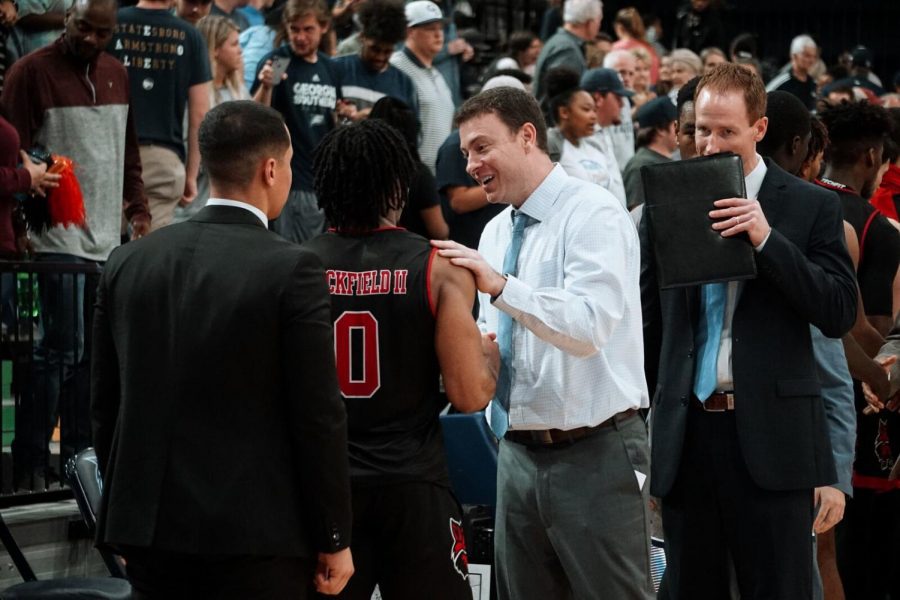 Georgia Southern’s head men’s basketball coach Mark Byington went on the GS Coach’s Show ahead of the Sun Belt Championship and hinted that an in-state game against UGA was in the works.

“There’s a certain team in state who wears red that said they’d never play us as long as Tookie’s here,” Byington said. “I sent an email the other day just saying that unless we can figure out a way to get him another year back, Tookie’s gone so let’s go ahead and play this game.”

The email must’ve worked because for the first time since 2001, the Eagles and the Bulldogs will meet on the hardwood in Athens on December 23, The Athens-Banner Herald’s Marc Weiszer first reported and later confirmed.

The game will be GS’ first game against an SEC opponent since its 92-62 loss against Auburn in 2015.

“I appreciate Coach (Tom) Crean playing us,” Byington said. “I think it’s important for a lot of people, but especially for the fans, that in-state universities play each other, and we are excited about the game. Georgia has a top-5 recruiting class, and will have a very good team next year.”

GS is coming off its second consecutive 20-win season, where they went 8-5 in non conference games. UGA will be entering their second year with Crean at the helm, following an 11-21 season in 2018-19.

The remainder of the GS 2019-20 men’s basketball schedule has yet to be announced.