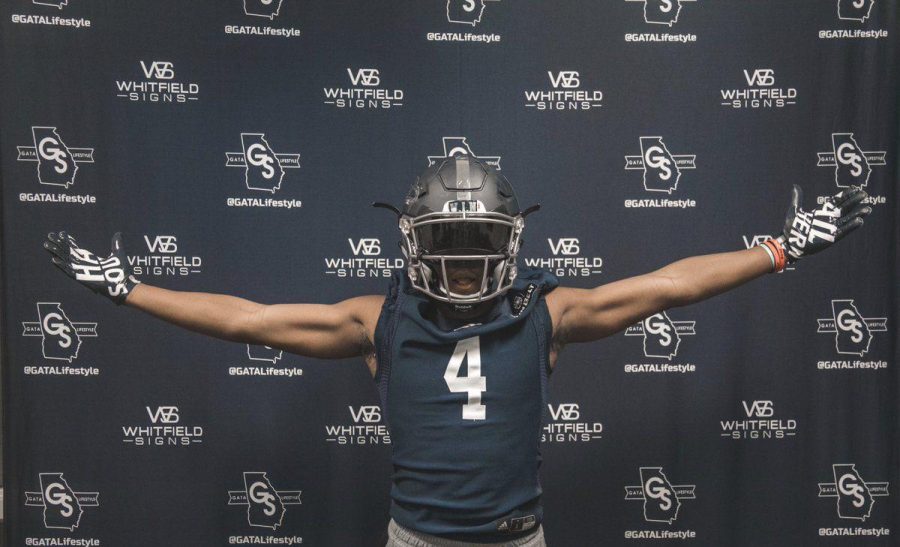 Bride is the latest addition to the 2020 roster.

“Georgia Southern was the first Division I school to really recruit me,” Bride said of his decision. “It wasn’t about size or length. They just wanted me, and the player and person I am.”

He received offers from many schools including Northern Iowa, Coastal Carolina, Toledo, Eastern Michigan, Eastern Kentucky and Tennessee State among others.

After a lengthy recruiting process, he managed to narrow it down to four schools. The decision was between GS, Howard University, Morehouse College and Bowling Green.

In January, he participated at the All-American Bowl National Combine and trained under NFL star quarterback Cam Newton with the C1N Foundation earlier this summer.

The 5-foot-10 defensive back is rated three stars by 247 Sports after a successful junior season where his team finished 10-2.

Bride also runs track and plays baseball in high school. He was a part of the 4×100 GHSA Region 7-3A winning team and recorded a PR 11.46 in the 100 meter dash at the same meet. He played as an infielder and was appointed to the All-Region first team his sophomore year.

In addition to playing football for GS, Bride is planning on playing baseball. After discussing his interest in playing collegiate baseball, Lunsford gave him a thumbs up to play on the diamond. He plans to meet with the GS baseball coaches this month.

“I’m really excited for Tyler,” Greater Atlanta Christian head football coach Tim Hardy said. “I think it’s a great opportunity for him to go somewhere with rich football tradition. It’s a great get for Georgia Southern. He’s an outstanding player. He’s a guy that’ll make an impact and be a great teammate. He’ll help to continue the great things going on in Statesboro.”

Bride credits much of his success to Hardy and Coach Ken Irvin, who played in the NFL for 12+ years. He feels that they have adequately prepared him for this moment.

He will finish his senior season and enroll at GS in January as a business major.