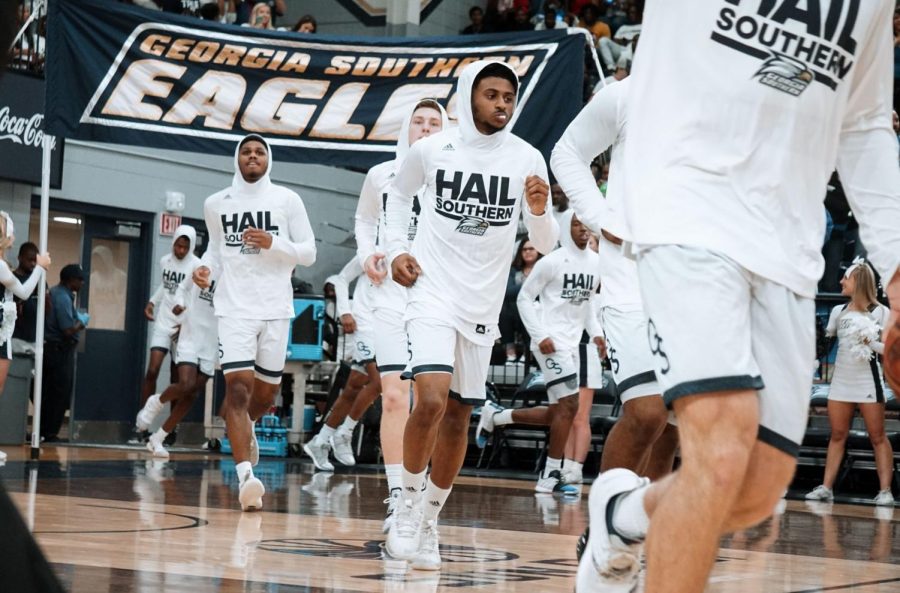 The team has a packed agenda, including tours of Barcelona and Madrid.

The Georgia Southern men’s basketball team will embark on a weeklong trip to Spain at the end of the month.

The team will play in Madrid on July 31, before traveling to Barcelona for a pair of games on Aug. 2 and 3.

GS will be joined by many other schools during the trip including West Virginia, UCF, Georgia Tech and LSU among others.

In addition to playing in Barcelona and Madrid and touring the cities, the team will have plenty of time for bonding. On the agenda, they plan to do a bike tour of Madrid, attend the Barcelona vs. Arsenal soccer game, practice at the Real Madrid basketball facilities and a boat cruise among other activities.

The team boasts five seniors on the roster and multiple upperclassmen, while welcoming two freshmen in David Viti and Will Dillard.

Redshirt junior guard Quan Jackson has never been out of the country and is ecstatic to spend time with the team overseas.

“It’s a great trip for me and my teammates to get closer to each other,” he said. “I’m ready to play against teams from different countries and see how I compare and improve. At the end of the day it’s all a learning experience.”

The team will return to Statesboro on August 6.