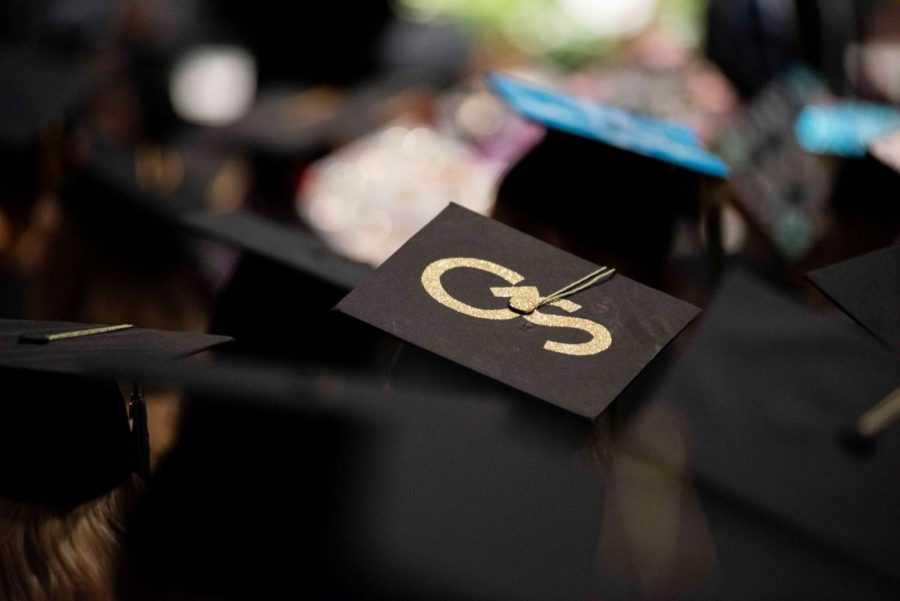 Following the spring 2019 commencement, the school offered an online survey for attendees, graduates and alumni to give their thoughts on the changed commencement ceremonies. 1,765 responses were recorded and now the GS administration is working on bettering future commencements.

“We’re trying to find a medium ground of what commencement will look like,” Smith said. “There’s a lot that’s being thrown around, but nothing is set in stone right now. They’re trying to make this year more transparent with the students, letting them know what’s being discussed on every topic regarding commencement.”

The sudden announcement of the commencement change was one of the major concerns of students and faculty, Smith said. The transparency from both the SGA and the school’s administration is something Smith is working on in his administration in dealing with both commencement and other topics.

One of the points that Smith made sure of was that it’s unlikely that graduation will go back to the way it was, but he offered at least one suggestion that was in agreement to get passed.

“Things won’t revert back to what it was before, but they’re definitely looking to make sure that students that are housed on one campus will graduate on that campus,” Smith said. “That’s on the table, but it’s not set in stone.”

In May, Smith took to Twitter to gather feedback on what students found important and the biggest problem with GS.

Commencement was the “winner” of the poll, just narrowly beating out racism/inclusion. Smith and his administration plan to use these results to better serve the students, specifically when it comes to commencement.

“I’m working with a small-type group to start off with and then once we get a decision made, we’re going to go out and get opinions from the students before we make any final move,” Smith said. “The goal of the taskforce is that once we get any options on the table, we want to go out and see what the students think is the most suitable.”

Along with Smith on the student focus group is the nine executive members of the Statesboro SGA.

Moving forward, Smith and Lingrell moved closer to a concrete schedule of events.

“We’re having a meeting at the end of July to talk commencement and we’re also going to talk with SGA at our retreat in August to set what commencement will look like,” Smith said. “We’re hoping to have a decision made sometime in September and get that out to the students.”