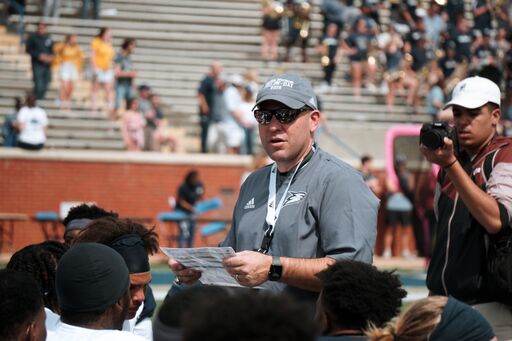 The Georgia Southern Eagles were picked to finish third in the Sun Belt East division, the league announced Thursday.

As was the case for 2018 honors, the Georgia Southern football team received little love from the Sun Belt Conference, who released its preseason teams and coaches polls for the 2019 season on Thursday.

Behind App State was Troy with one first place votes. Both teams are welcoming new head coaches from a year ago.

Johnson had a strong 2018 with 43 tackles, 4.5 sacks and three fumble recoveries to pick up second team All-Sun Belt honors. Bass will be returning after a 2018 campaign where he hit 13 of 19 field goals, including the walk off 40 yard field goal in the Camellia Bowl against Eastern Michigan, good enough to be named a Lou Groza semifinalist.