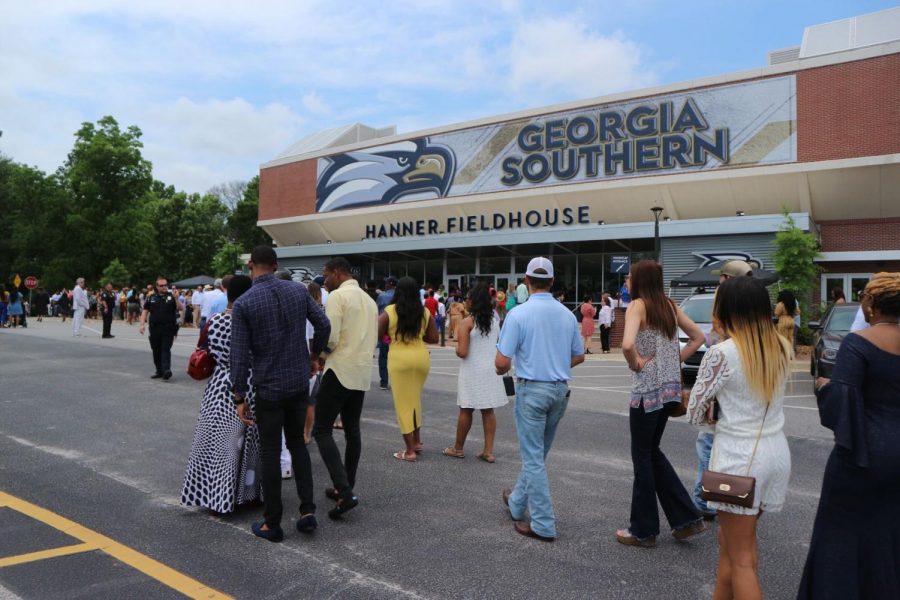 The preliminary report of Georgia Southern University’s commencement survey where 34% of the 1,318 open ended responses has been evaluated and the early feedback is negative.

The survey results listed in the report were produced by the GS records office.

During GS’ spring 2019 commencement ceremonies, attendees and graduates were urged to fill out online surveys to give their thoughts on the weekend’s graduations.

With 34% of the responses in, the types of complaints were across the board with the three top complaints being capacity of venue, asking for the ceremony to return to Paulson and timing issues.

40% of the respondents were graduates and 24.58% were family members.

The George-Anne will update this story when more information becomes available.