What You Didn’t Know About Migos 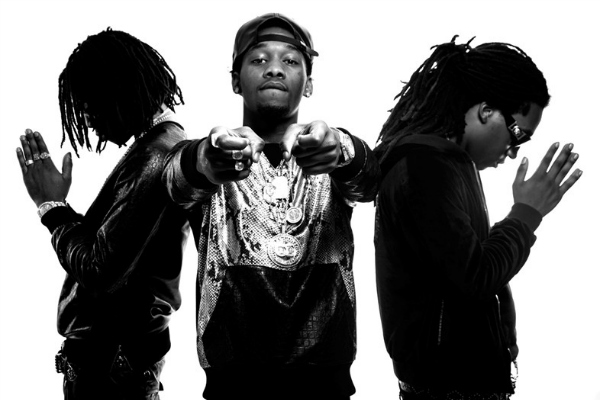 Georgia Southern’s University Programming Board has been able to book the student’s top pick, Migos, for this year’s Spring Concert. While many students have responded with excitement about seeing this hip hop trio, most have no idea who they are. If you are one of those people, don’t worry, because we found eight things you should know about these three guys known as Migos.

8. The up and coming rap group contain the musical talents of Quavo (Quavious Marshall, 22), Takeoff (Kirshnik Ball, 19) and Offset (Kiari Cephus, 22). They are all related. Offset is Quavo’s nephew and Takeoff is his cousin.

7. Their 2013 mixtape ‘Young Rich N—-s’ has been streamed over a million times. Migos debut album of the same name is set to be released spring of 2015 with Atlantic Records.

6. The rap trio is from Atlanta, Gwinnett County to be exact and they were initially signed to Gucci Mane’s ‘Brick Squad’.

5. The group started experimenting with their musical talents while in middle school.

4. Before becoming an underground success, Quavo played Football for Berkmar High School. He dropped out to pursue music.

3. There’s an alleged beef between Migos and another Atlanta rap force Chief Keef that originated on Twitter. Keef made allegations on social media that Migos tweeted an indirect tweet towards him.

2. The 2013 single ‘Versace’ was a huge hit and charted on the Billboard 100. Migos has since collaborated with Young Thug, Meek Mill, Drake, Wiz Khalifa and French Montana.

1. Last but not least, Migos is coming to Georgia Southern University and will grace the presence of Hanner Fieldhouse on April 18, 2015. Tickets range from $10-$30 with a student Eagle ID.