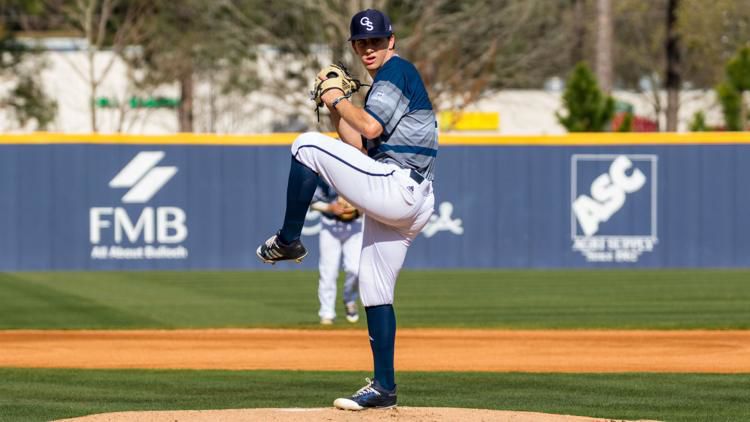 Georgia Southern’s ace pitcher, junior Seth Shuman, officially signed with the Oakland Athletics Wednesday after being drafted with pick 194 in the sixth round.

The one-time starting quarterback for the Eagles signed for $235,000 and joins fellow GS teammate, Chase Cohen, in the A’s minor league system.

The junior was the designated Friday starter all season, and pitched in multiple high-stake baseball games including starts against Auburn, Georgia, West Virginia, and Coastal Carolina, and pitched well.

The A’s are getting a durable pitcher with impressive stats in Shuman, and with Cohen in the organization as well, the GS-to-Oakland pipeline is in full effect.