The George-Anne Media Group • May 23, 2019 • https://thegeorgeanne.com/2053/sports/wide-receiver-obe-fortune-enters-transfer-portal/ 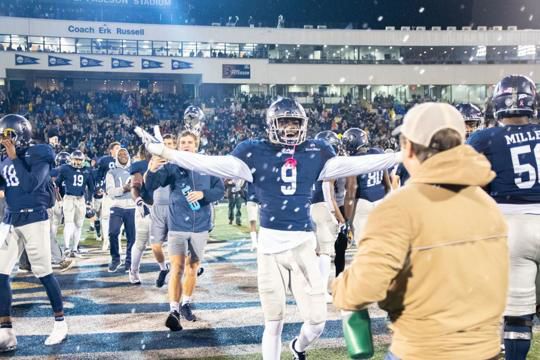 Obe Fortune (9) had five catches for 49 yards in 2018. The Milton grad also threw for a 40-yard pass against Clemson.

Fortune, a 6-foot-1 receiver from Alpharetta, hauled in five receptions for 49 yards in 2018. The former three-star athlete also threw a 40 yard pass to Wesley Kennedy III on a double pass against Clemson.

There are six wide receivers currently on the 2019 football roster.