The George-Anne Media Group • May 1, 2019 • https://thegeorgeanne.com/2060/sports/preview-softball-takes-on-in-state-rival-in-last-contest-of-the-season/

Preview: Softball takes on in-state rival in last contest of the season 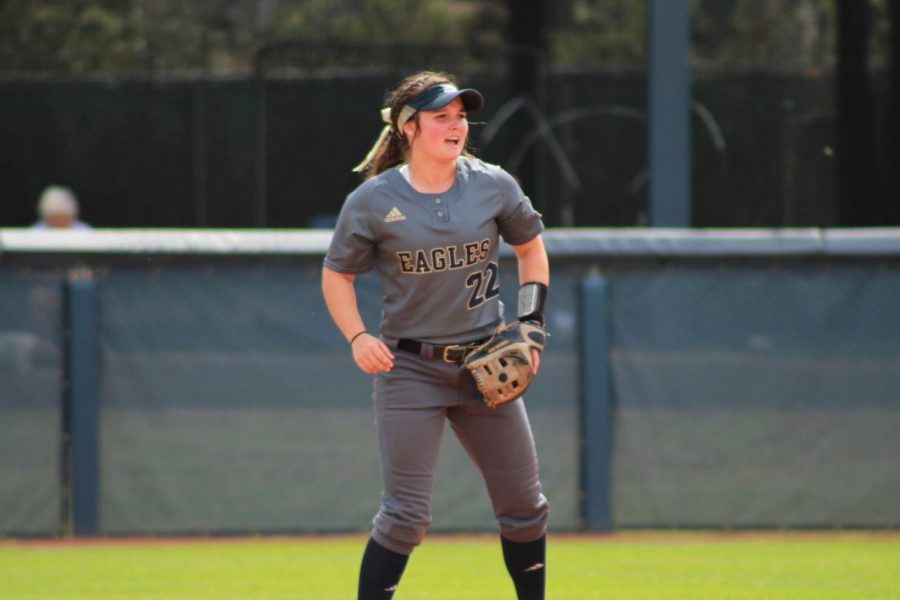 The Georgia Southern softball team needs to gain at least two more wins in this last series against Georgia State to advance to the Sun Belt tournament.

These last three games will be vital as GS needs at least two more wins to be eligible to play in the Sun Belt Tournament.

The Eagles started off strong on the season in non-conference play, but seemed to fall short once conference play began. While collecting six conference wins, the Eagles have only claimed one series win.

While seemingly struggling, the Eagles still show for impressive statistics. As a team they’re batting an average of .260 while notching 45 total home runs on the season. Senior infielder Hannah Farrell leads the Eagles with her .369 batting average while logging 21 runs and 57 hits off her 144 at-bats.

Pitching-wise we should expect to see sophomore Rylee Waldrep on the mound. Despite her 5-12 wins-losses record, Waldrep has still seen a decent amount of success this season. She’s logged an ERA of 4.00 in her 105 total innings pitched while throwing for 41 strikeouts.

The Eagles should prepare to see Emily Soles on the mound during the weekend series as the redshirt sophomore has pitched for 112 total innings for the Panthers. Soles has thrown 54 strikeouts on the season while logging an ERA of 5.31.

The series is set to take place in Statesboro, starting Thursday at 7 p.m. The series will continue play with game two on Friday at 5 p.m. and will conclude with game three on Saturday at 1 p.m.