The George-Anne Media Group • May 17, 2019 • https://thegeorgeanne.com/2079/news/several-colleges-go-uncalled-at-university-wide-commencement-caused-by-misunderstanding/ 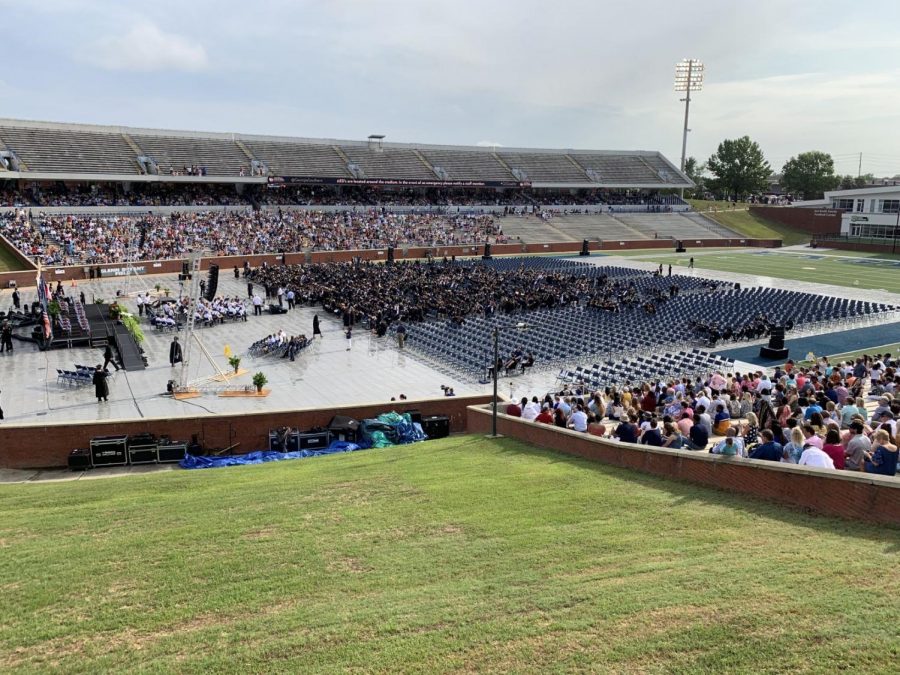 Certain majors were not specifically announced during Saturday’s commencement ceremonies at Georgia Southern University, sending several students into a frenzy.

The College of Behavioral and Social Sciences decided to name some degrees simply a Bachelor of Sciences, rather than announce each major individually. Interim Registrar Wallace Brown said that each college named their degrees differently.

Some students were not informed of this, and did not know when they were supposed to stand.

and other students sitting.

“As the president was nearing the end of the list, myself and others in my college, the School of Human Ecology, realized we were the only remaining students sitting,” Chambless said. “This was extremely disappointing, as we worked so hard for four or more years to get to that exact moment, just to be forgotten.”

Morgan Guthrie, senior psychology major, also said that her major not being specifically called meant she did not get the opportunity to stand.

“While they recognized all the degrees at the University-wide ceremony, they failed to recognize any students from College of Human Ecology and College of Behavioral and Social Sciences, I had peers who did not stand up for recognition and graduation confirmation at the university-wide commencement, Guthrie said. “It was extremely unorganized as graduates were not explained for which degree to stand up for respectively and frustrating to students who work so incredibly hard to graduate.”

The misunderstanding and confusion will be discussed as well as any other feedback taken, Brown said.

“All of the degrees were called it just seems it was confusing to the students,” Brown said. This is very good feedback that we will take forward to the committee.”