The George-Anne Media Group • May 27, 2019 • https://thegeorgeanne.com/2086/sports/fisk-ends-georgia-southern-career-with-second-place-finish-in-ncaa-tournament/ 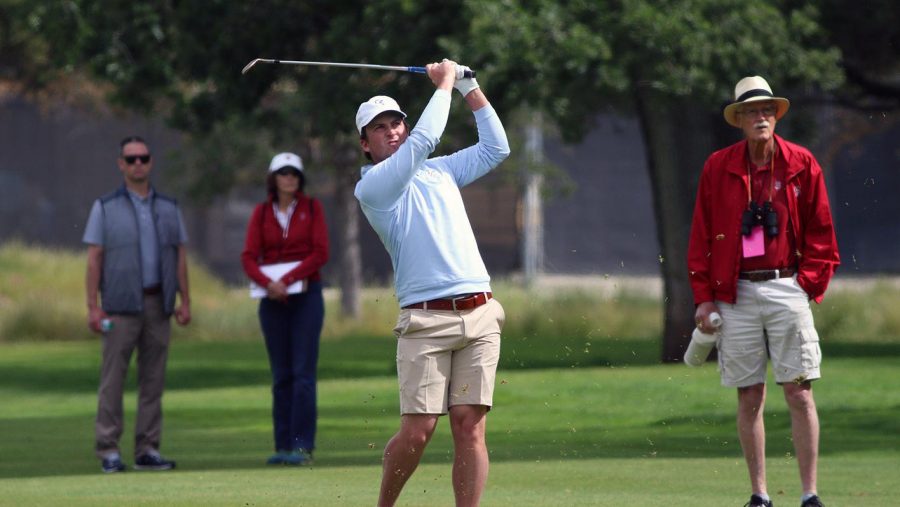 Steven Fisk ended his decorated career at Georgia Southern with a second place finish at the NCAA Tournament.

Three former Georgia Southern athletes who have an argument for greatest athlete in GS history.

Golfer Steven Fisk wrapped up his case for greatest athlete by picking up his 13th career top-5 finish by placing second at the NCAA tournament Monday.

Finishing just five strokes behind national champion Matthew Wolff from Oklahoma State, Fisk shot a final round 71 to end his weekend at 5-under par.

Fisk entered Monday in third place behind two Cowboys from Oklahoma State and got off to a tough start with two bogeys on the front nine. Rather than wallow on the missed opportunities, Fisk turned in back to back birdies on holes 10 and 11.

Wolff’s great day kept Fisk from getting any closer than five strokes, even with two more birdies on holes 15 and 17.

“The course played very tough, I think it was the toughest day of the four,” GS Head Coach Carter Collins said. “He was chasing a very good player, so he knew he couldn’t afford very many mistakes.”

Ok St had four golfers finish in the top-15 to end the stroke play atop the standings with a 31 stroke lead over Vanderbilt. The top eight teams will head into match play on Tuesday to decide the team national champion.

“I proved something to myself: that I can compete at the highest level in college golf,” Fisk said. “I’m very proud of how I handled not only the good stretches, but the bad ones as well.”

The senior from Stockbridge was able to take home nine individual championships throughout his career, highlighted by winning two Sun Belt championships and the 2019 Schenkel Invitational.

“Everything about today embodies him and his four year career at Georgia Southern,” Collins said.