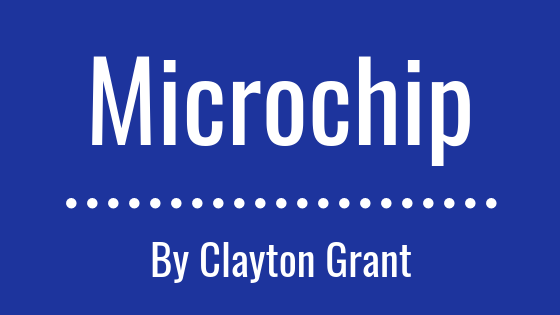 I was diagnosed with schizophrenia because of a statement some doctor transcribed that I don’t remember saying and I’ve certainly never believed.

“There’s a microchip in my body”

That wasn’t all the evidence, but it definitely was the most damning piece.

One sentence defined one-third of my mental health diagnosis and led to the prescription of at least four different medications over the course of two years.

One statement that changed the whole course of my therapy sessions and changed my interpretation of “A Beautiful Mind.” John Nash wasn’t amazing because of mathematics or modern game theory. He was amazing because he saw patterns of light that showed him the prettiest girl in the room, but also the ugliest tie. Russell Crowe can’t be John Nash because my psychiatrist is sitting there telling me that I am.

The belief that I had a microchip in my body was nonexistent, but the diagnosis persisted.  I was still the guy who believed there was a black SUV following him. I would go out of my way to lose said SUV.  To this day, I’m still not sure if that SUV was actually there. Was it just a construct? Created by paranoia and irrational thought?

It didn’t matter, because I was still the guy who slammed his head against the wall repeatedly so he could make the voices stop.  Anything to just make them stop. It took my mother and father to physically restrain me in order to get me to stop hitting my head.  Just thinking about it gives me a headache.

I was still the guy who went to a behavioral health hospital, twice, because it was determined that I was a danger to myself.  They had to take the laces off of my shoes and the belt out of my jeans. I had to take medication and then prove that I had taken it by lifting my tongue.  I had to sit in a circle and tell strangers why I felt like I couldn’t keep myself safe.

I was still the guy who had voices telling him to just do it.  Yeah, slit your throat. Take all of those pills. Knot that blanket into a noose so that you can hang yourself from the coat hanger in the metal box that passed for a closet in your dorm.

Shit, I’m the guy who has voices telling me that I can’t write.  I’m never going to be a writer, I should just give up while I’m behind.

“You’re never gonna be any good at it anyway, so why even try?”

My life often feels like one big game of chess.  In so far as I don’t know a damn thing that’s happening except that someone is coming after me.  Someone is my opponent, but I don’t know who. They’ll rest at nothing to take me down by taking everything that I know off of the board, leaving my King for last.

I was almost engaged once.  I remember trying to call her the first time that I was in the behavioral health hospital, being met with silence, and then figuring out that maybe she was the one playing chess against me.  Or maybe it was the doctor. Or one of the other patients. I had no way of knowing, so why not assume that it was all of them?

Even though there’s no microchip in my body, I still live with this diagnosis of Schizophrenia.  It could just be an extreme case of paranoia. Or it could actually be Schizophrenia. I am a professional by no means so I can’t give you a straight answer.  All I can do is give you the facts:

Fact:  I am currently prescribed four medications to deal with my symptoms.

Fact:  Even though I carry a similar diagnosis, I am not John Nash or Aaron Carter.

Fact:  I am not that guy from whatever show/movie you have seen with a guy who has Schizophrenia.

Fact:  There is no microchip in my body.

Clayton Nathaniel Grant is a writer and student at Georgia Southern, studying English with minors in writing and in film. He wants to become a screenwriter someday, but he also writes creative nonfiction and short stories.