From Cassettes to Compositions: The Electroacoustic Music of John Nichols III 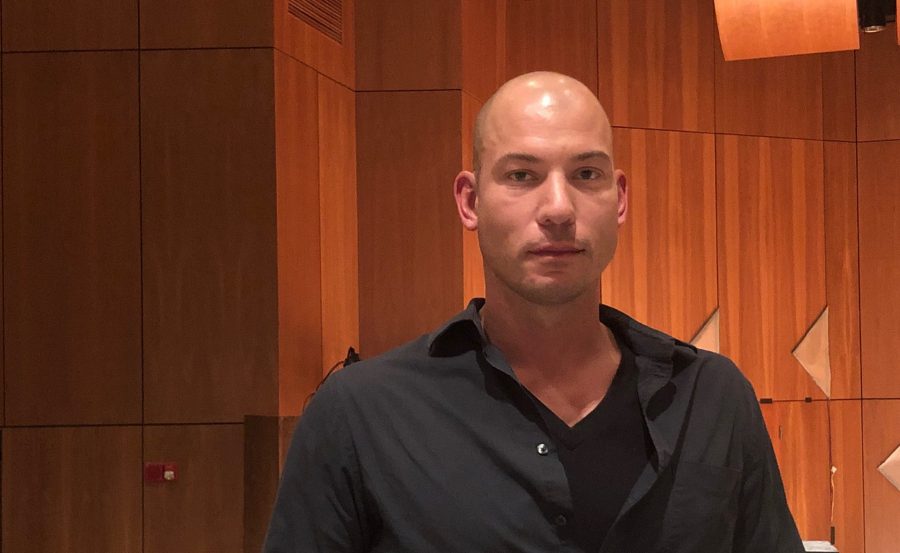 At Channel Noise XX, the Georgia Southern Department of Music featured guest composer John Nichols III. Nichols III works a lot with electroacoustic music. He has performed his music all over the world and has won many awards, including the Luigi Russolo award in 2014.

Nichols III has been composing music since he was 4-years-old, and he started working on electronic music at 12-years-old when he started to mess around with a cassette tape player.

“I like to explore the full spectrum of the human experience,” said Nichols III. “And I see that, you know, temporally, our experiences can extend over time. But also they can change dramatically, ephemerally, very quickly. And I think that that is kind of reflected in my work.”

He added that there’s drama in his pieces that he feels are inherent in our lives all that time. At times, you feel that very intensely, and he tries to express that through his work.

Nichols III said he feels art is a form of counseling, no matter what artwork you do.

“If it’s music, if  it’s painting, if it’s sculpture, if it’s theater, whatever it is, it’s a form of therapy,” said Nichols III. “So I actually look at it as therapy and self-therapy, and I think that artists and composers, they need to do this therapy for themselves to feel okay.”

Nichols III has been working on the pieces performed at the concert for years because of the elements he includes in them.

“For example, in the first piece, there was some things that I took that I had done 10 years ago that I put into that, but I would say for the last one, you know, like three months is really how long it takes to focus on a piece like this. But ultimately, it’s your whole life … So you might take something from when you were a kid, and be like, ‘I’m going to reuse that idea.’ So then it’s your whole life, you know,” said Nichols III.

Nichols III jokingly advised artists to become a lawyer or doctor or banker.

After the joke, he quoted Hamlet.

“To thine own self be true,” said Nichols III.

He said GS is a great school, and he thinks the RAC is awesome. He gave Brooke a special shoutout for getting him in the RAC.