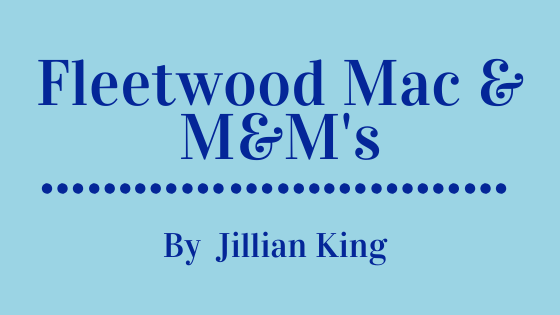 It was cold for April, late April at that. I could feel my sweater soft against my arms, wondering when Georgia would begin the heat up. My friend Coy sat next to me, paying attention to everything and nothing at once. He tended to be that way. At that moment and on that day, I was the same.

The first day back to school always feels odd and surreal. After summer, after Christmas break, or in my instance after hospitalization. It hadn’t been my first time being hospitalized, but my second. But it was the first time I really tried to go back to normal afterward. Last time, I had switched schools, but this time I needed to go back. I had gone back as soon as I could.

I twirled my pencil between my fingers, looking out to Highway 80. My small school sat alongside it, and we had been assigned to draw what we could see. So there Coy and I sat, trying to understand our own perspective. My pencil was sharpened down nearly to the end, having had to borrow it from our eccentric art teacher since mechanical pencils were strictly prohibited. My paper was clipped onto a large drawing board that sat on my lap, but I couldn’t bring myself to draw much of anything.

We were sitting on the curb of the front of our school, the lobby behind us and the parking lot in front of us. There were plenty of things we could add in or leave out, it was all up to us. The idea of that in itself was enough to make me want to avoid the assignment altogether. I sighed, making Coy look over at me.

“Yes?” he asked. Coy was my youngest friend, only recently turned 15 at this time. He always tended to be the sort to talk my ear off about this, that, and the other. It was endearing, in his own sort of way, and I had grown accustomed to it. Something was different on that morning, he was focused on our assignment which was unlike him. It was unlike him, and I needed him to be himself.

He turned back to his work, squinting out at the parking lot.

A large bag of M&M’s was sat in between us. Another endearing thing about Coy was his affinity for snack food, usually in large quantities. He was known to bring the occasional two-liter and keep it to himself, and today’s extreme was this large bag of M&M’s. We had been sharing it silently, having barely made a dent in it.

I had also been playing Fleetwood Mac, another usual for our art class days. Coy and I didn’t agree on much when it came to music, but we could always agree on Fleetwood Mac. I didn’t know how to talk about my experience at the mental hospital, so I let us be serenaded. We both watched the cars pass by our school without a thought, didn’t think of the students learning behind us, just sat and drew.

Nothing felt the same, and I should have known that it would be so. I so badly wanted to grasp onto the life I had before, the life that had just become typical. The word typical is often used in a negative connotation, but I was begging for it. I was desperate for anything near normal.

My mind was on every big and little change. I was thinking about how I hadn’t been allowed to shave my legs yet as razors were adamantly banned. I was also thinking about the changes in dynamics within my friendships.

Colton with his hand on the back of my head as he hugs me. Jordin, driving far more carefully than any nineteen-year-old should. Jackson with his careful words, and then Coy with his silence.

My new therapist had a lot of thoughts about what my life should be now that I was reclaiming it. She was young and looked at me like there was more to me than what I was telling her, and she was right to think so. Part of therapy is uncovering past trauma, and at the time I hadn’t done enough digging. But Dr. B was doing her best with what I was giving her.

“What was it like?” she asked me on a late Friday afternoon. I knew what she was referring to, the hospital. The heavily stigmatized hospital that had managed to save my life not only once, but twice. I looked somewhere behind her, focusing on the cartoon of Inside Out on her wall. I yawned, an odd mechanism that would later be associated with my tendency to disassociate.

“It’s not quite like you’d imagine,” I told Dr. B. “No one was kicking and screaming to try and get out. It was actually oddly quiet most of the time. As much as everyone wanted to go home, they also just wanted to be better. I just want to be better,” I finished in a small voice.

Dr. B crossed her legs and tapped her pen against her pad. “You’ll get there,” she told me in a soft voice.

I had been told that for so many years, and I was tired of being told that without any follow-through. There wouldn’t be any follow-through for a long time, and I’ve forgiven my brain for that. I’ve had to forgive my brain for the turmoil it’s given me over the course of my life, otherwise, I’d just end up back where I was. So when she said that in that therapist’s voice of hers, I only nodded.

But here I was on my first day back to school, and I wasn’t trying to get there. I was stuck in my hospital room with a covered window and fluorescent lights. I was wondering if my roommate had gone home by now, and if she had a friend to sit next to like I had Coy. But did I have Coy on my side? Was his silence kind or telling?

So I knocked my knee against his. He looked over at me as Stevie Nicks sang and grinned with a question in his eyes.

“Did you miss me?” I asked with a laugh at the edge of my voice. I didn’t know how to ask it seriously. It was my way of bringing it up without disrupting our entire equilibrium.

“Of course,” he grinned, taking an M&M from the bag and popping it into his mouth.

I could tell that there was so much more to say. But as I looked back out to the highway, I knew I had plenty of time now. There was so much time to let pass and fade away, and I couldn’t have been more grateful.

What sixteen-year-old me hadn’t learned yet was that I had to make my own normal. I had to accept Colton’s hugs with his hand on the back of my head, Jordin’s cautious driving, Jackson’s careful words, and even Coy’s silence. I would take it all in and know that it only came from a good place.

With these people still in my life, with Coy still by my side on early mornings, it’s okay that normal isn’t always going to mean the same thing to me. The idea of normal was going to evolve as I did. Normal became little things that I knew I could hold onto. Things such as Colton’s reckless driving, Jordin’s ever-changing hair color, Jackson’s old music taste, and Coy’s large quantities of snack foods.

Coy checked my phone and paused the music that had been flowing between us. It was nine o’clock, time for my Algebra 2 class and his Physical Science class.

“You ready?” he asked, standing up and holding out his hand to help me up from the stoop. I looked at his hand and I looked back out to the familiar road.

“Yeah,” I said with a deep breath.

“I’m Jillian King. I’m a dual enrollment student and senior at Statesboro STEAM Academy. I’ve grown up in Statesboro and write more than anyone as busy as I am should.”