“The ending of your poem might even be inside itself”: Poetry Technique with Katherine Fallon, MFA 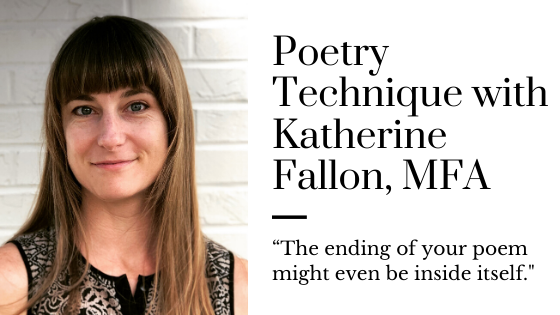 Downstairs, my rabbit dug her way out / of the stall years ago, and upstairs, what they call / retirement looks more like a fold.

Katherine Fallon, a poet and lecturer in Georgia’s only freestanding writing department at Georgia Southern University, shared insight into her creative inspirations and processes. She is the author of a chapbook of poems titled “The Toothmakers’ Daughters.” 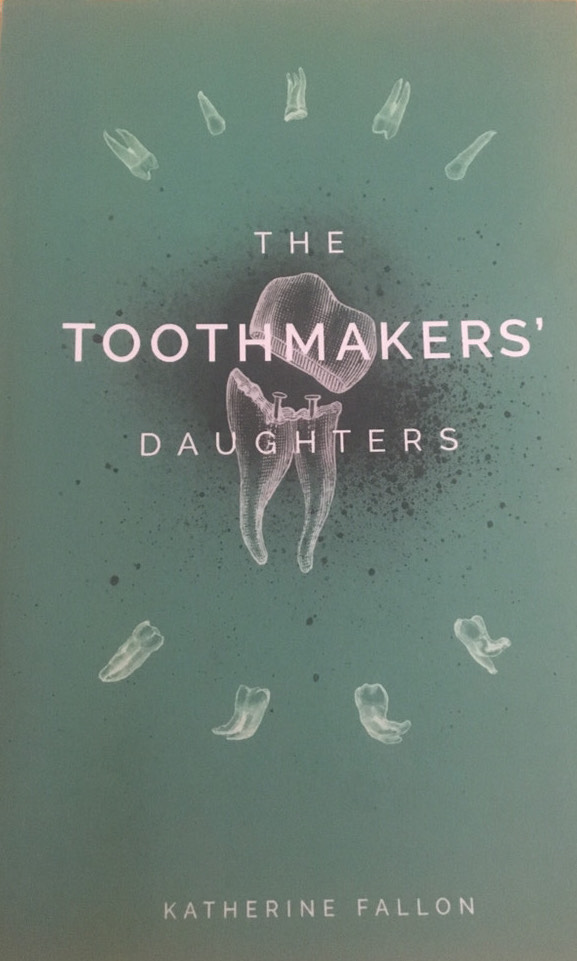 Her starting point with writing began in sixth grade.

“I wrote a poem, and people went crazy,” said Fallon.

It was a poem named “Midnight” where the speaker begs each midnight to stop stealing their dreams.

“They published it and I thought, ‘Oh, maybe I’m good at this,’” said Fallon.

As a writer, encouragement is crucial for beginners, and Fallon attested to this:

“I think it was being encouraged; people were telling me that I was doing a good job.”

Fallon was not only influenced by her community but also by other poets. Larry Levis, Ann Carson and Nick Flynn are a few beloved authors of Fallon’s. Emma Bolden is a highlight of Fallon’s, who is the author of two books “Malificae,” and “medi(t)ations.”

Fallon’s chapbook, “The Toothmakers’ Daughters,” has its own bits of inspiration, too. Jean Valentine has a large influence on Fallon, specifically her abstractions.

Themes are important to Fallon, and she said that they play a big part in teaching writing.

Fallon also said that she has upcoming projects similarly themed to the chapbook at hand.

“It keeps me writing,” she said.

Poetry, like all other forms of creative writing, uses specific techniques of craft to accomplish the desired goal, and Fallon sheds light on her favorite methods to use.

“I love a line break,” Fallon said. “I’m big on three lines and two lines.” Symmetry is important to Fallon and is one of the things she notices first when reading poetry.

One challenging aspect that Fallon is fond of is keeping her lines at a similar length. This is difficult because constraining language to fit a certain form can be a hassle.

“I like the economy of language in shorter pieces, but the work I’m doing now is nothing like [“The Toothmakers’ Daughters”].”

While working with a colleague, Fallon learned to ‘chop’ up her poems, taking around two-thirds of her work out.

“That taught me a lot in terms of editing,” she said.

She also stated that this technique helps writers realize that the endings of their poems might turn into something not originally planned. This gives insight into what the speaker is saying and how many different meanings their poem might have.

“The ending of your poem might even be inside itself,” said Fallon.

Putting a manuscript of poems together is a challenging feat. Fallon struggled with putting her manuscript together, but one thing that helped her was trimming out some of her pieces.

“That was really hard, deciding what stays and what goes.”

Creative writing does have its benefits such as self-healing, but sometimes aspects of writing can be frightening. One issue that Fallon faced in writing and publishing her chapbook was her family relationships. She recognized that writing about her family dynamic would be a bit controversial and stated that putting her work into the world has been a little messy.

“You write about your personal experiences, your exes and moments where people have hurt you. They’re tricky things,” said Fallon.

In her poem, “The Toothmakers’ Daughters, Marking Time,” this dynamic can be read about, where the speaker’s mother is shown at a weak point.

One thing that made all of this worth it for Fallon, though, was the positive reinforcement she received from fans of her work. She felt justified and added that getting her chapbook out into the world prepared her for other experiences.

Fallon reiterates that sometimes those situations do not go well, but that people are usually just happy to be considered.

One of Fallon’s pieces within this chapbook is titled “Apprenticeship.” The weight of this poem, where the speaker explains teeth as dancing flowers, is found in the imagery.

That’s how my father told me about teeth. If you look at the anatomy of teeth, you will see that they are not totally symmetrical.

Fallon points to her book then outlines the sprawling motion of a tooth.

“I had to sit with it for a while,” said Fallon. “I watch a lot of dance, so I thought about costuming, then meditated on that image.”

Fallon has grown accustomed to including multiple metaphors in her pieces. She does this to make sure that each reader will have something to ground them to her work so that each reader is left with some way of understanding the words.

“If someone doesn’t understand or see the first metaphor, then give them another one,” said Fallon.

In light of writing successful, lyrical poems, Fallon said that these poems were more of an exercise for her.

“The thing that challenges me is that I like these poems. I’m very proud of them, but I don’t think that I can do it again. This style of writing is not really mine, but I’m sure if I tried, then I could be this concise and spare. But I do prefer a clear narrative.”