Preview: Georgia Southern baseball gears up for a week long battle against the Carolinas 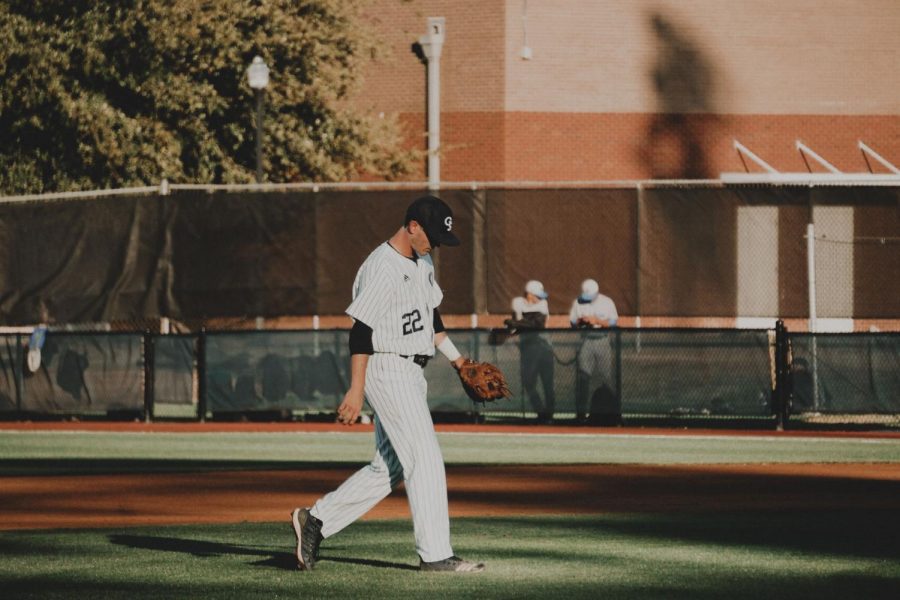 After dropping their previous weekend series to Texas State, the Eagles are looking to snap a two game losing streak.

Georgia Southern baseball is set to take on two teams from South Carolina starting Tuesday and the odds look to be in their favor.

The first game that GS will host will be Tuesday in J.I. Clements Stadium as they take on Charleston Southern.

GS currently sits at a 20-16 record for their season overall and CS sits at 14-25, so the Eagles are heading into Tuesday with confidence against the opponent.

That confidence might be a little hard to find for some parts of the GS team, solely because of the current two-game losing streak.

However, GS gets to look as this as a chance for redemption and the ability to start a winning streak instead.

The first pitch for Tuesday is set for 6 p.m. and the game will air live on True Blue TV.

The next set of games for the Eagles will be a series played in Conway, South Carolina against the Coastal Carolina Chanticleers.

The Thursday, Friday, and Saturday competitions will be interesting to watch, considering that GS and Coastal are neck-in-neck in the record books.

Right now, CC sits at an overall record of 23-13-1, which come really close to GS’. With only a one loss difference away from GS, the Chanticleers sit at 8-6 in their conference.

The Thursday game will air on the Georgia Southern Sports Network and the other two games will air live on ESPN+.

Thursday and Friday the first pitch will be thrown at 6 p.m. and on Sunday, everything starts up at 2 p.m. in Conway.