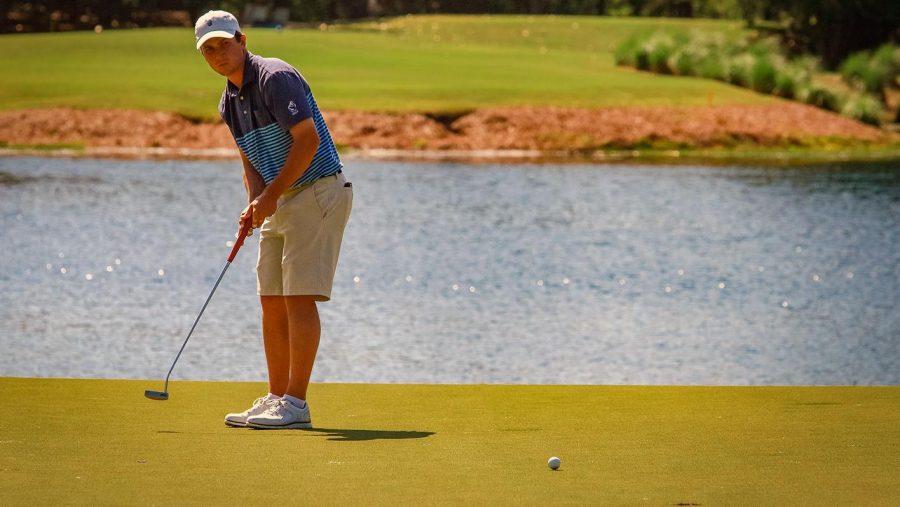 Senior Steven Fisk tied for eighth at the Mason Rudolph Invitational, ending the tournament at 66-67-74.

The Georgia Southern Men’s Golf team finished 14 out of 17 at the Mason Rudolph Invitational this past weekend at the Vanderbilt Legends Club in Franklin, Tennessee.

This was far from Fisk’s best finish, seeing as he has won multiple tournaments. This time he finished at six under par.

Junior, Brett Barron, led the team on the final day, finishing at an even par of 71, however his tournament total was 215, broken down by 74-70-71. This put him at two over par for the tournament.

A new face for the Eagles, freshman Ben Carr, wasn’t very far away from Barron’s score. He finished at seven over par and had 76-71-73 on the tournament with a total of 220, compared to Barron’s 215.

Going into the final day, GS thought that they would be able to tackle the course better than they had in previous days, but it did not turn out like they wanted it to.

Although the Eagles finished 14, a few good things came out of the weekend. Fisk added another top-10 finish to his list, making this one his sixth of the season and the 22 of his career.

Junior Jake Maples played in the individual rounds of the tournament and ended his final day at one under par and tying for 21 spot.

The final tournament for the Eagles will be April 21-24 in Destin, Florida as GS competes in the Sun Belt Conference Championship.