No, this robot is not being stolen. 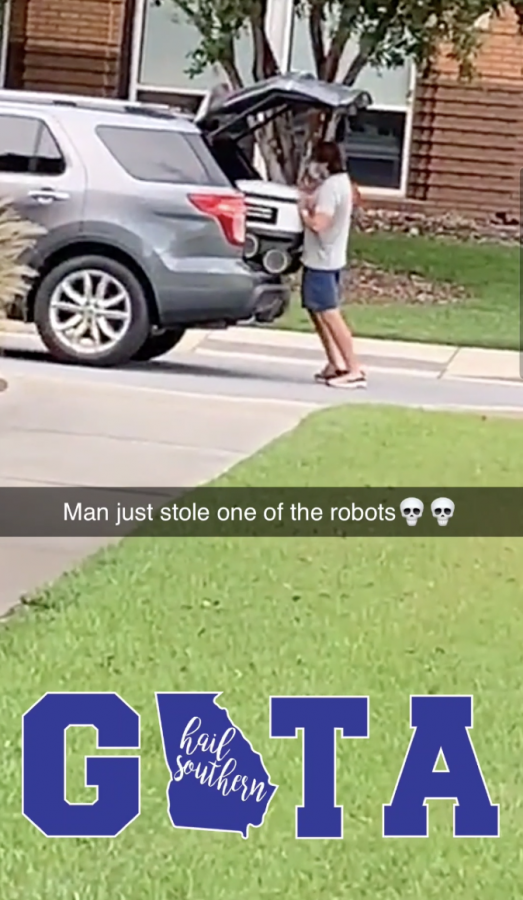 STATESBORO — A Snapchat video was posted on Wednesday of one of the Starship Technologies food delivery robots being loaded into the back of a van with a caption alluding to a possible case of vandalism or theft of said robot.

What really occurred here, as clarified by Jennifer Wise, director of communications, was that an individual who works with Starship Technologies was loading the robot to be taken for maintenance as part of their job.

Both of these innovative additions to campus were brought in with the idea of aiding students with their on-campus needs.

When they began, Lime Scooters were met with a series of incidents ranging from an increase in student injuries to a new method of vandalizing school and private property.

“Should the complainant wish to press charges, the report and investigation would be handled by UPD,” said Wise. “Each of the robots has a GPS tracker, and the images captured by its camera are monitored by Starship Technologies.”