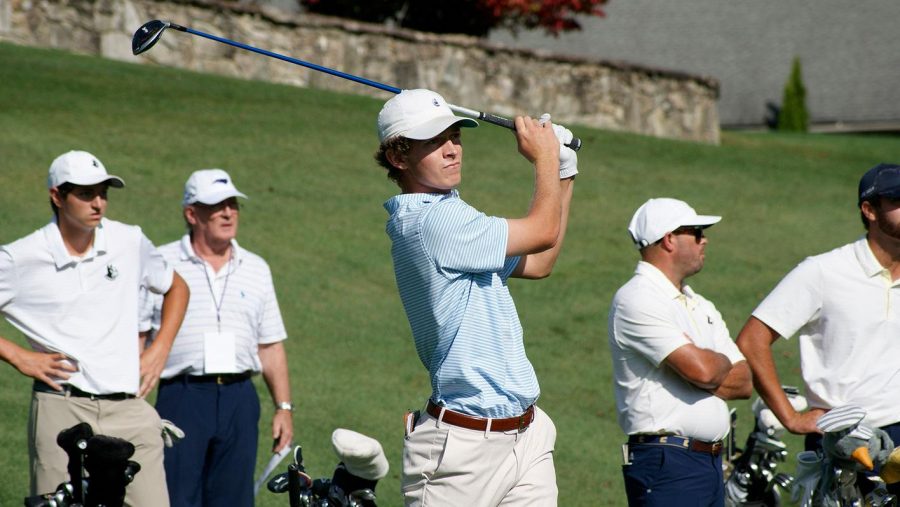 Freshman Ben Carr has seen one top-five finish while shooting an average of 72.24 on the course this season.

The Georgia Southern Men’s Golf team finished up their regular season at the Mason Rudolph Invitational and will be heading to Miramar Beach, Florida in to compete in the Sun Belt Championship.

Sunday through Wednesday, GS will be competing against every other team in the conference to see who comes out on top when it comes to golf.

The Eagles will go into this tournament sitting at number two in the conference and after a pretty awesome season, they are ready to tackle the challenge in front of them and hopefully bring home that trophy.

Everyone that keeps up with GS golf knows the name Steven Fisk and it only makes sense since he sits at the top of conference standings.

Fisk, the senior from Stockbridge, Georgia, has five wins under his belt from just this season and his average score per round sits at a low 69.08.

Fisk, along with two other Eagles sit in the top 20 going into the championship tournament and although junior Brett Barron and sophomore Avery Price don’t have wins on the season, their scores always help advance the Eagles.

Price sits at the number 18 spot in the Sun Belt and his average score is currently a 72.8, just above par for most courses.

Barron is right behind him in the number 19 spot with an average season score of 73.17. Barron has played in six tournaments this season, with Fisk and Price playing in nine of them.

With new school records set this year and outstanding leadership coming from GS this season, the team is confident heading into this tournament.

Times have yet to be determined in terms of tee offs, but followers of the Sun Belt are sure to see a close competition starting on Sunday.