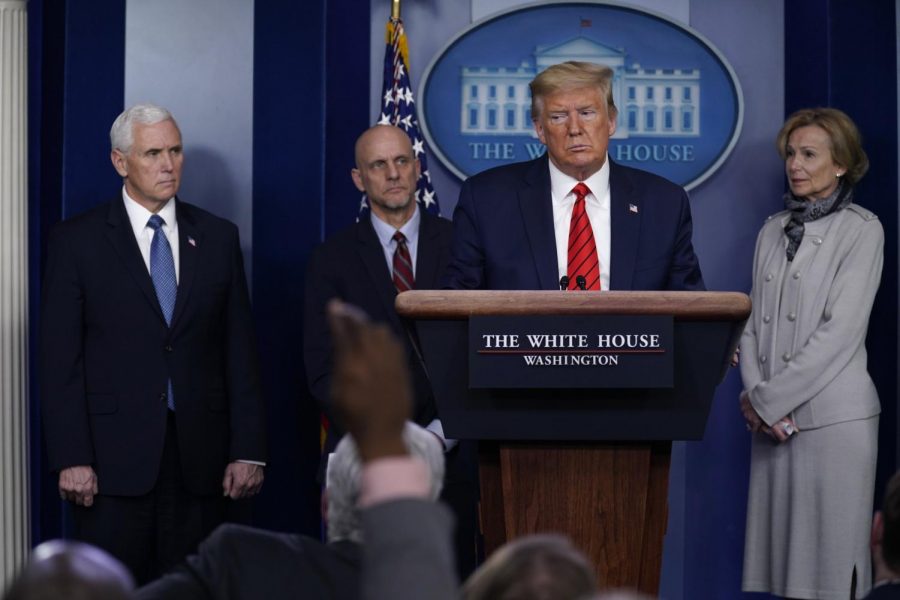 One of the report’s recommendations was for Georgia to require all universities with RNA detection to expand surveillance testing. It also recommended that any university with an outbreak should be prepared to test all students and protect the surrounding environment.

Asked if the University System of Georgia (USG) has a plan to adhere to the recommendations, Aaron Diamant, USG’s vice chancellor for communications, didn’t respond to The George-Anne’s messages Wednesday.

Jennifer Wise, Georgia Southern’s director of communications, said she could not comment Wednesday.

“I would only say that [the White House report] speaks to my previous comment that GS has a ways to go [with] Covid testing as well as its reporting of positive case data,” said Rob Yarbrough, associate professor of geography. “Although I speak only for myself, I’ve heard from many students, faculty, and staff who share these concerns.  We can do better and we should do better.”

A red zone, as defined by the report, is a location that, “During the last week reported both new cases above 100 per 100,000 population, and a viral (RT-PCR) lab test positivity result above 10%.”

The George-Anne reached out to William Bridwell, partner at The Blue Room. Citing a need for more information, he said he couldn’t comment on the new guidance.

“I can say with great confidence that we have followed and exceeded all direction and guidelines from local and State officials thus far, and we will continue to do so without hesitation,” said Bridwell.

“We have followed all CDC guidelines, implemented mandatory temperature screening for all patrons and employees (which is not required of businesses), have adhered to the mask mandate from the Mayor/Council, as well as many other mitigating factors,” Bridwell added.

The full state report can be found here.