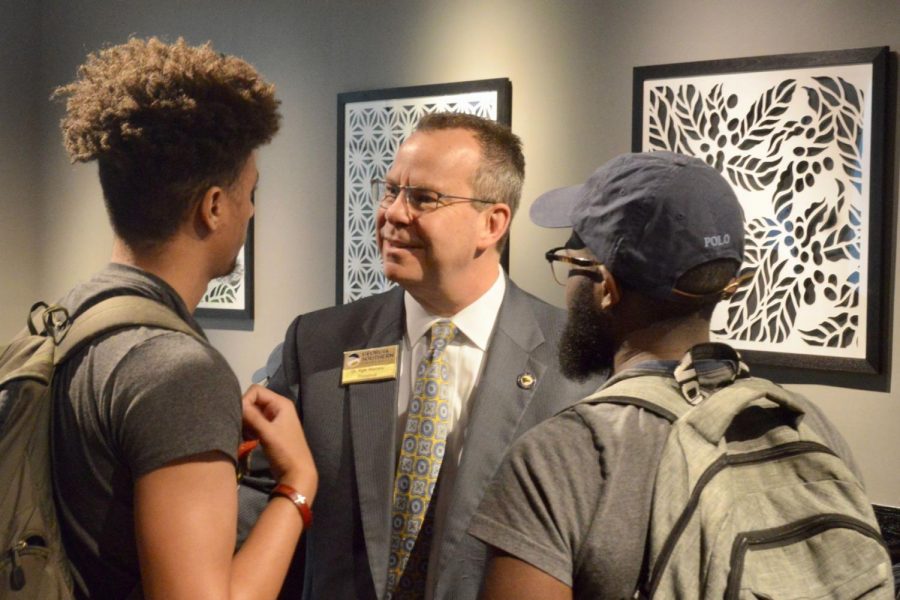 Deangelo Miller, sophomore exercise science major, and Azortae Sanders, freshman geology major, spoke with Marrero about starting a new organization called The Society for Minority Advancement and Mentorship. The organization seeks to inspire every minority ethnicity to achieve above a 3.0 GPA and try to promise job security.

Since his first day on Monday, Marrero has held a series of meet and greets and campus walks on the Statesboro and Armstrong campuses.

Biology Graduate student Bailey Chandler was working on an assignment in Starbucks when Marrero introduced himself to her. They spoke about the components of Chandler’s upcoming project.

“I think he’s super outgoing and impressionable,” Chandler said. “I told him I really enjoyed his first PR stunt with walk a mile in her shoes. I think that’s good indication of the type of person he is.”

Both Miller and Sanders said Marrero gave them advice on the organization and we’re glad that he easy to approach.

“I think its pretty unique how he actually came out to blend in with the student life and try to get involved today,” Miller said.

Marrero continued his meet and greet at Landrum and even joined a group of students at their table where they discussed student life.

Before he and the students had their lunch, Marrero stated that his first week at GS had exceeded his expectations and that he was planning to continue to be as involved as possible with the campus.

Marrero said, “My goal is to be present on this campus for the students, faculty and staff to know that I’m part of this community.”