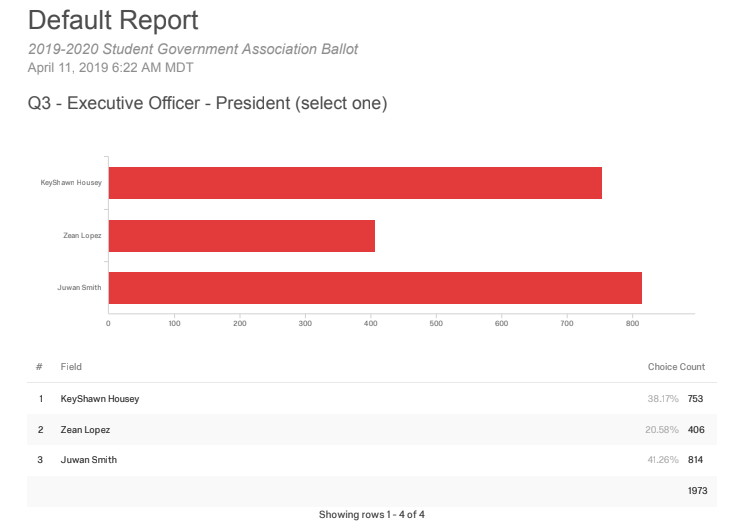 After a close election candidate Juwan Smith was declared the winner of the Student Government Association’s presidential election.

Smith’s campaign was inspired by the tv show “Family Matters” and ran on goals to represent the voices of all students on all three GS campuses. Smith aims to take on issues such as consolidation and campus safety.

Smith said his first plans following the election is to meet with all the executives from each campus and to work out to identify and develop a mission statement for what GS want to see for the year and for student government association.

Winners for other SGA positions are listed below and a complete breakdown of votes can be viewed at the bottom of this article.

McClain Baxley and Brendan Ward contributed to this article.