University community speaks out after shooting of Jacob Blake 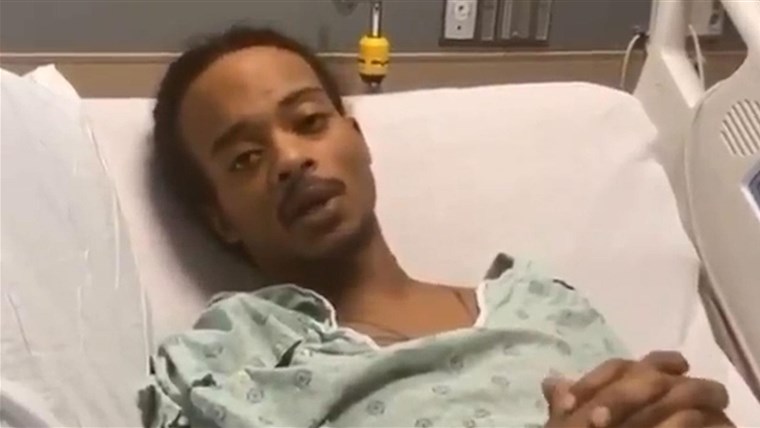 STATESBORO — August 23, the shooting of a Black man by police rocked the nation and caused unrest resulting in protests in Kenosha, Wisconsin and across the nation.

29-year-old Jacob Blake was shot in Kenosha, Wisconsin. After attempting to break up a fight between two women, Blake was shot in the back seven times by a white officer, after trying to get into his car to leave.

Since the video of the shooting went viral there have been protests, marches and an uproar in America.

Elizabeth Desnoyers-Colas, associate professor in communications, sat down with The George-Anne to discuss the Jacob Blake shooting.

“I was especially really upset by this shooting because, first of all, he got shot seven times in the back and his children were in the back of the car,” said Desnoyers-Colas, “I guess the biggest thing was mostly shock, but it was just another reminder for me about how the relationship between Black people and police is really really fragile and has been for a long time,”.

Blake survived the shooting and is still in the hospital and is paralyzed from the waist down.

“I watch these things because it reminds me of how fragile we are in our communities that we can be shot by policemen for not complying or for actually maybe for complying, but maybe the policeman doesn’t like the way you comply quicker than other people,” said Desnoyers-Colas.

People on campus have different opinions when it comes to the Jacob Blake shooting.

“When I first heard the story I thought yeah that’s pretty bad, seven shots in the back is totally uncalled for I totally agree with that,” said Jason Dever, plumbing supervisor for Georgia Southern on the Armstrong campus.

What Dever does not agree with is the media’s rush to be first to get a story out. He believes doing this can potentially misinform the mass majority of the people and someone’s opinion can change once there are more details added.

“At the end of the day for me, this does not really affect me, I’ve been taught and I’ve taught my kids that if law enforcement or anything just do what they ask, as wrong as they may be. Hopefully if you follow their demands, you will come home, and that’s all I can do,” said Dever.

Not only did professors speak out about the shooting, Georgia Southern athletes participated in a “March for Change” on the Statesboro Campus to bring awareness to racism, police brutality and social injustice.

“Obviously sports is the main attention and what brings in most of the money, so whenever that comes to a halt and they’re trying to make change for stuff, it obviously gets seen,” said Ashlee Durance, junior chemistry major.

“If you look at the statistical data and you look at who is apart of the Black Lives Matter and who’s marching, it’s not them that’s doing the violence and the looting and the burning, that’s not their platform, so I support their right to march,” said Desnoyers-Colas.

Durance believes we should continue to educate people without being too defensive.

Dever believes the whole justice system would have to be redone, based off how many people are in prison and the sentences they received for different crimes. He does not understand how one person can get a sentence and another can get a “slap on the wrist” for something worse.

As new information continues to emerge about Blake, his attorney, Ben Crump, posted a video of him in the hospital bed where he’s seen saying, “It hurts to breathe. It hurts to sleep. It hurts to move side to side. It hurts to eat,”

“You do not want to have to deal with this,” Blake added.

Officials say Blake pleaded not guilty to three charges, one being sexual assault from an incident that happened in early May.