What do students think of the new food delivery robots? 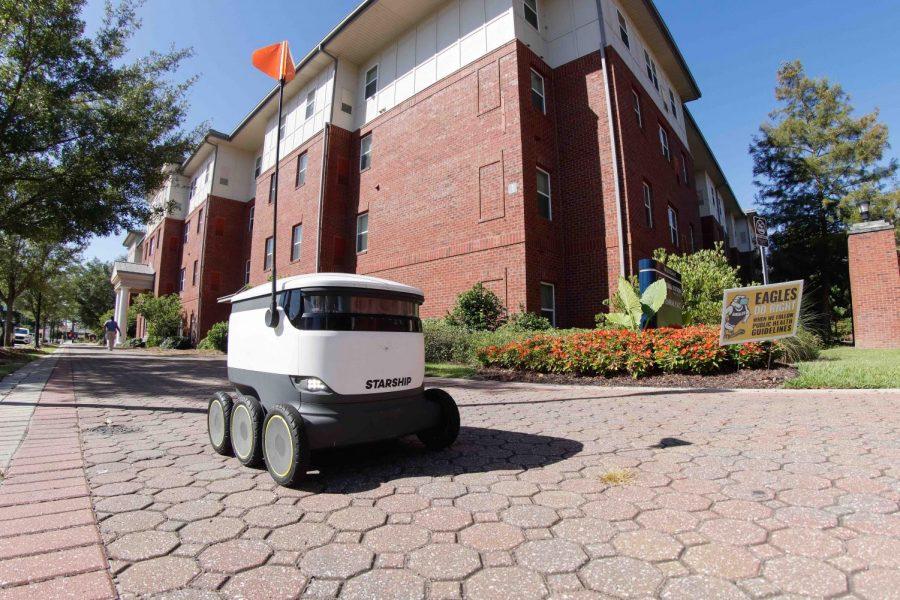 In a series of short interviews with students around campus on their opinions of the six wheeled additions to campus one thing is clear: these things are cute.

These robots were brought on to campus with the idea to bring students food in a way to reduce the amount of person to person contact during COVID-19. Of the 18 students interviewed only 2 had ordered food through the Starship App but the remainder expressed interest to order food out of curiosity.

Those who were interviewed also offered up some insight on what it’s like to share a campus with these contactless delivery robots along with some questions of their own.

There are those who are concerned about the robots habit of stopping in the middle of their route to figure out their next step. This can happen in the middle of the road or in the case that Nicholas Wolf brought up, “I’ve almost gotten taken out by them a couple of times on my longboard because they’ll just randomly stop and move around.”

Amongst the questions and concerns that students brought up about the robots the following three were the most common: how do they know where to go, how are they powered, and where does the funding for them come from?

The robots began mapping around campus in early August in preparation for the beginning of the Fall 2020 semester. According to a post on “Medium” by Joan Lääne, mapping specialist at Starship Technologies, the robots are first given a 2D model of the spaces they’ll be navigating through.

Based on this 2D model the robots’ cameras and sensors are used to create a 3D model of their surroundings with lines based on things such as buildings and lamp posts. The robot recognizes these “guidelines” in order to maneuver around and use their sensors to avoid colliding with passersby.

This is a process that is being updated constantly as each robot sends its feedback back to the main server in order to more efficiently and safely allow the robots to travel around campus. The robots are also equipped with GPS trackers to ensure that they are on they’re way to their destination, which is viewable on the Starship App which is also used to unlock the food compartment.

According to the Starship Technologies website, these robots are not only efficient when it comes to delivering your food but they are also with how they are powered. Their website declares them to be energy efficient and green.

Due to the robots being managed by a third party they don’t fit within the GS budget but instead the company receives a percentage of the sales and delivery fees, according to Jennifer Wise, director of communications.