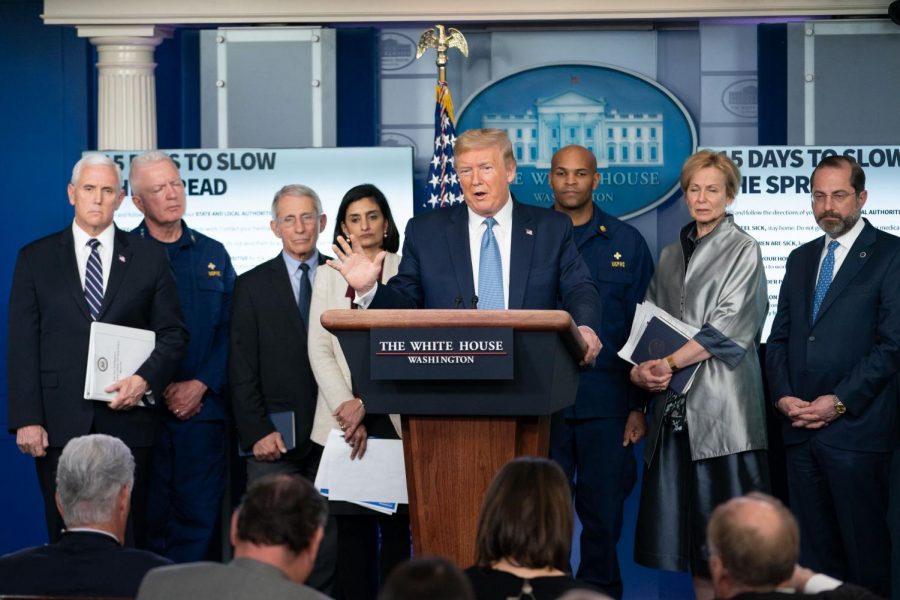 Little previously told The George-Anne that students living in on-campus housing are asked to quarantine at home, not in Statesboro. The report said, “Residential cases and contacts should not be sent home to isolate or quarantine.”

In a statement to The George-Anne, Jennifer Wise, director of communications, confirmed the policy of sending students home and said students who couldn’t return home would be placed in quarantine locally.

“To protect the safety and wellbeing of our students, this decision was part of an extensive planning process for the fall semester that began in April 2020,” said Wise. “Planning was informed by [Georgia Department of Public Health] and [Centers for Disease Control] guidance, and we remain in frequent communication with these partners and with the University System of Georgia.”

Wise added that Health Services has hired new staff to meet the demand for testing for those with symptoms. Campus community members without symptoms can schedule an appointment with the local DPH to get a test or show up without an appointment during the last hour of testing on Monday, Wednesday, Friday and Saturday.

Wise did not say if Georgia Southern would be reversing its policy based on the report’s guidance.

“We are seeing gains being reversed in other states due to university spread,” read the report. “Georgia universities need to increase testing and isolation to prevent spread from students to local communities and hometowns.”

Asked if the University System of Georgia (USG) had any comment on the report or its guidance, Aaron Diamant, USG’s vice chancellor for communications, said they anticipate updated guidance from the CDC.

“While we do anticipate new guidance from the CDC, we continue to follow guidance from the Georgia Department of Public Health (DPH) and the CDC as we have since March,” said Diamant. “Each of the [USG] institutions prepared and have now enacted testing programs appropriate to their unique campuses and communities. Local circumstances influence the final decision of an institution’s testing approach.”

Diamant added that each institution has a liaison who works with local public health officials to ensure coordinated contact tracing and isolation plans for those who test positive.

A red zone, as defined by the report, is a location that, “During the last week reported both new cases above 100 per 100,000 population, and a viral (RT-PCR) lab test positivity result above 10%.”

For reference, there were 18 other Georgian core-based statistical areas (Statesboro is considered one) and 58 other Georgia counties in the red zone.

The report also recommended that bars, restaurants and any other places college students congregate limit their hours if cases begin to rise.

The full White House report can be found here.