Does The George-Anne have an agenda?

A Letter from the Editor-in-Chief

Everything we do at The George-Anne is based off of our news philosophy.

For those of you that don’t know, news philosophy is, “A set of values the [news organization] uses to emphasize some types of stories instead of other types,” according to Broadcast News Handbook, Fourth Edition.

Ours is simple: keeping our readers informed, holding the powerful accountable and helping our readers understand the world around them. Those three pillars drive our coverage decisions today and every day.

Why do those numbers matter? The analytics tell us numerous things: 1) we’re reaching audiences we never have before, 2) our readers are reading multiple stories each time they visit our site and 3) our choice in coverage (i.e. the news philosophy) is paying off.

Some of our readers, however, don’t care for our coverage.

I received an email two weeks ago from a high-ranking Georgia Southern official.

The email, sent on a Friday, had multiple questions for me, as editor-in-chief, about our coverage decisions. This is not unusual in the world of news; I’ll be more specific in a moment.

I was going to ignore the email until I read the final line, which, in essence, accused me of having an agenda.

“Do you understand why you are asked if you have an agenda,” wrote the official.

What this high-ranking official was, likely, trying to do was what journalists call, “play the referee.”

Think about playing the ref like this: I’m the ref and the high ranking official is the coach. I threw a flag on the coach’s team who was caught holding. In response, the coach rails into me, the ref, so that next time the coach’s team holds I go easy on him.

Let me be crystal clear: that email was not successful.

Let me also say to you, our readers, and to this official: yes, The George-Anne does have an agenda.

Our agenda is to keep our readers informed, hold the powerful accountable and help our readers understand the world around them.

Our goal, exclusively, is to act as a voice for the voiceless and to level the playing field between powerful university officials and the students whose tuitions pay much of the officials’ salaries.

Know that next time an official ‘holds,’ we’ll be calling a ‘flag.’ 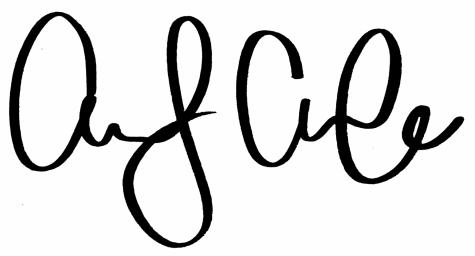