After a slow first half, Georgia Southern dominated the second half to open the season with a win. 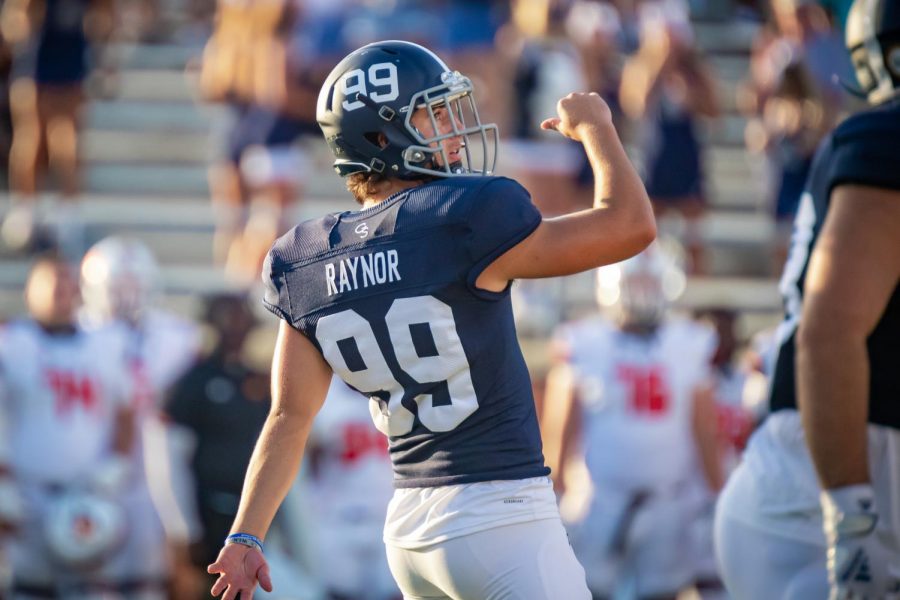 After finding out just hours before gametime that a total of 33 players would be unable to participate, many thought the Eagles would still roll over an inferior team. However, that was not the case.

The Camels of Campbell University came out of the gates firing on all cylinders. Within two minutes, Hajj-Malik Williams had already driven his team to the endzone. This would give the Camels a led they would almost never relinquish.

Williams would lead his team to one more first half touchdown, while the Eagle offense would struggle to find their footing, heading to the locker room with a measly six points. Coming into this game, Chad Lunsford’s teams were a combined 0-12 when trailing at halftime.

Coming out of the locker room, it looked like the second half would be more of the same, with the Camels extending their lead to 14. However, Shai Werts would put the team on his back, with three of the next five drives ending in a touchdown. Werts would finish with 208 total yards, 155 of which were on the ground, along with two touchdowns.

The fourth quarter would end up being a thriller that came down to the last 15 seconds. Georgia Southern would take their first lead of the game with 6:42 to go in the game, but after a late Eagle punt, Campbell would drive down the field in under two minutes to bring the deficit down to one. With almost no hesitation, Campbell head coach Mike Minter sent the offense back out onto the field to go for two, even after a delay of game penalty pushed the attempt back five yards. The Camels would miss the conversion which would lead to an onside kick that the Eagles would ultimately recover after an eventful three attempts at the kick.

When asked how he felt about the game afterwards, head coach Chad Lunsford had one simple thought: “A win is a win.”

Lunsford was also asked about his biggest concern following the game, which he would quickly respond with, “The youth is my biggest concern.” He would also hint at potentially altering some of his play calling tendencies next week, when a plethora of young guys will once again be thrown into action.

In conclusion, the combination of a shortened fall camp and a plethora of key players missing is what caused the majority of the Eagles’ struggles today. For the young guys, this is a huge learning experience, which should benefit them tremendously next week when the Florida Atlantic Owls come into town.