Game Preview: Florida Atlantic rolls into town to take on our Eagles

The Owls boast a polar opposite to the type of program we have at Georgia Southern, which should create an exciting matchup 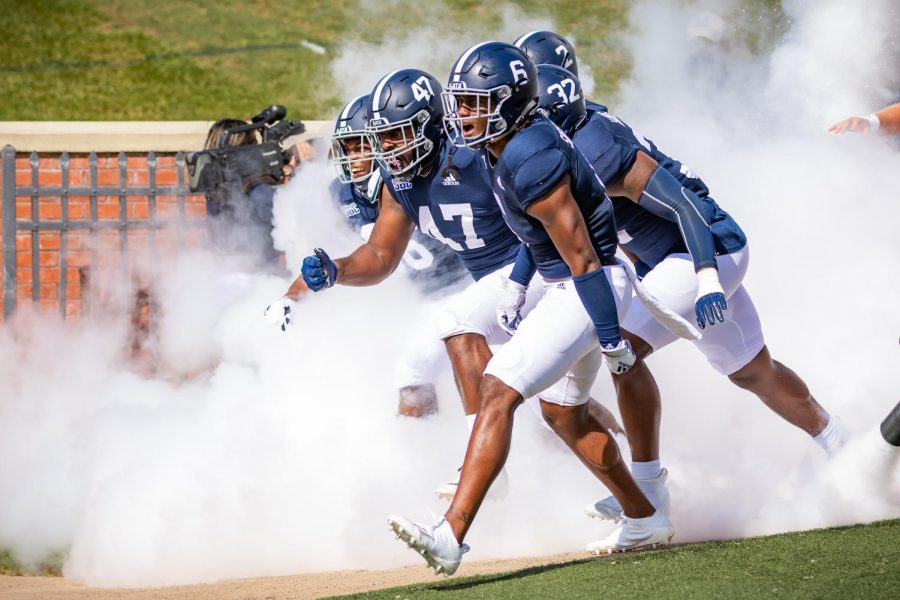 STATESBORO — After a scare from FCS opponent Campbell last weekend, Chad Lunsford and the Eagles look to bounce back. However, this time they will take on an opponent who is far more potent than the Camels in the Florida Atlantic Owls.

Newly-hired Head Coach Willie Taggart brings the Owls into Statesboro for his first game at FAU. Taggart, known for his disappointments as a head coach, is looking to rebuild his coaching reputation from the ground up. With his first game coming against the dreaded triple option of Georgia Southern, the dynamic of this game will be extremely unique and exciting.

Taggart’s team should have a lot going for them since Lunsford has no film to watch of Taggart’s offense in action in Boca Raton. However, looking back at Taggart’s old offenses one thing is for sure: he likes high pace offenses. In his 11-year coaching career, Taggart boasts four top-40 offenses. On the other hand, his defenses are known for being average at best, with only two of his defenses in 11 seasons finishing inside the top-45 of total defense.

In his three games against triple option style offenses, Taggart’s defenses have given up more than 400 rushing yards each time, which bodes extremely well for the Eagles.

The announcement that 33 players would miss the home opener for a multitude of reasons provided some sort of explanation for the lackluster performance from the Eagles. However, whether the 33 players are back or not, Lunsford has got to get some things on this Eagle team cleaned up if he wants to take down the Owls.

One glaring weakness Georgia Southern showed against Campbell last weekend was their overall defense. The Eagle defense gave up 389 total yards last year, which is unacceptable when you take into account that Campbell only had the seventieth best offense in the FCS last season.

The Eagles also need to make a point of holding onto the football. After losing the turnover battle to Campbell last game, ball security is paramount this weekend.

The Eagles triple option offense against Taggart’s gulf coast offense should combine for a fun matchup in Paulson Stadium on Saturday. However, with the lack of a solid defense, the Owls will struggle to keep the ball out of Shai Werts’ hands. The Eagles offense will run wild and beat Florida Atlantic into the ground.