The siblings and the couple: the two sides of COVID-19 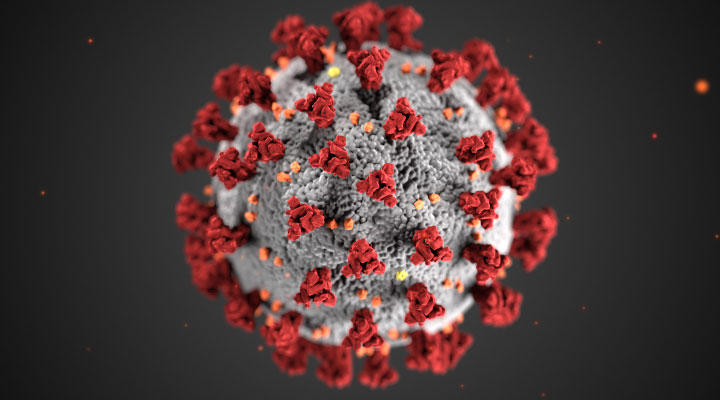 The George-Anne sat down with two different groups of people who have personally experienced coronavirus. To protect their privacy, we are keeping their names and identities anonymous.

During these two separate interviews, two different experiences came to light. One group believes that coronavirus “isn’t that bad,” and the other subjects felt COVID-19 was “almost a death sentence.”

We sat down with a couple, where the 23-year-old woman who is immunocompromised, contracted COVID-19 in February while on vacation with her boyfriend. The other pair we interviewed are a brother and sister duo whose entire household contracted COVID-19.
The Siblings
The George-Anne spoke with the brother-sister duo on July 4 after recovering from COVID-19.

The sister got COVID first from hanging out at a friend’s house in Statesboro. Her friend felt sick and the same day her friend went to get tested, the sister started feeling bad.

“It was that feeling of getting a fever, and I was really tired,” the sister said.

She spread it to her brother, her mom and dad.

“My throat started hurting and I was very tired,” said the brother when asked about how he knew something was wrong.

“I’ve had colds that has made me feel sicker,” the sister said. “I was tired, I had migraines, my stomach was hurting really bad, and I was really congested for two weeks.”

They quarantined inside their home for two weeks. The sister had to stay in the basement for a week, they then quarantined for two and a half weeks. She tested positive on July 20.

“My family is lucky because we are all young and healthy, but my grandparents could’ve suffered,” the sister said. The brother had a different opinion.

“Specifically for college students, people our age, it doesn’t really seem to affect people our age really bad at all,” said the brother. “In the college aspect, it’s basically irrelevant to the safety of the college population, unless you have a major underlying health issue.”

Asked if they were going to take extra precautions, they duo had differing opinions.

“I’m not going to wear a mask,” added the brother.

“I do think it’s irresponsible to purposely go out when you know you have it,” said the sister.

“If you are healthy and have no underlying health issues, I would say that you don’t need to be scared,” said the brother.

When asked at the end of the interview to describe their COVID-19 experience in one word, the brother responded, “Underwhelming.”
The Couple
“A lot of students don’t want it to be that bad,” said the girlfriend at the start of the interview.

Despite not suffering any outward symptoms while being exposed to his girlfriend’s illness, he was there to help her recount her experience.

“I’ve suffered a lot of brain fog and memory loss, so he’s here to help me pick up the pieces.”

She began to recount how she felt in the beginning.

“At first you lose your senses and you just feel off. This went on for months until June.” She had COVID-19 from February to the end of July.

“The first sickness didn’t involve my breathing. I was just tired and fatigued all the time. That’s what worries me is that young people with “normal” immune systems won’t feel sick,” said the woman.

The couple went to emergency care and they did an x-ray of her chest and it didn’t look like pneumonia but, “it looked strange.” They gave her medicine and sent her home.

She went back in June to pay for the x-ray and by that time the technician had been trained to identify the x-rays of Covid patients so the technician was able to say that it was COVID-19.

She went and got a test and it was inconclusive because it showed that it had been in her system but it wasn’t enough to say positive.

“I had to sit and suffer, and wait for it to get worse,” said the woman.

By mid July, it did.

“It wasn’t until the last two weeks where one day in July I woke up and couldn’t breathe.” Her health quickly deteriorated.

“There was a point where I couldn’t stop hyperventilating and sobbing because this was my body trying to get oxygen,” she recounted. Despite being in the same household, her boyfriend never got sick.

“I assume that I was asymptomatic,” he said. “She was just sobbing for two weeks straight because she couldn’t breathe.”

At this point they went to the hospital. Before this, she didn’t go because she believed at the time that “there was someone sicker than me” that needed that bed.

“They checked me into a room for 45 minutes, gave me aspirin, and sent me on my way,” she said. They got her fever down below 100 and released her.

“[They told her] ‘Alright go buy a fingertip oxygen monitor, and if your oxygen gets below so and so, come back. We don’t have enough beds,’” he said. They went home and she continued to get worse.

“There was a point in my sickness where I didn’t think I was going to survive. I told my boyfriend that ‘I’m going to die,’” she recounted.

“I felt helpless because I was just watching her not able to breathe. At one point I didn’t know if she was gonna die or not, and I had to just sit there and wait,” he said. “It was very emotionally exhausting. It took a lot out of me and I wasn’t even sick.”

“There was a moment when I was in the ER waiting room and this woman was sitting across from me with her baby, and they weren’t wearing a mask. And I was just coughing and hyperventilating with my mask on, and an hour into my waiting, I went into the bathroom of the lobby and laid on the floor,” she said. “I couldn’t deal with the idea of possibly killing an infant or its mother with my existence.”

It wasn’t until the end of July when the medicine she was prescribed finally starting working.

“I woke up July 28th with a new set of lungs. I still have mental fog and forgetfulness, but I am happy that I am sitting here alive today,” she said.

The George-Anne then asked about masks and face coverings.

“It’s not that these people want to be malicious it’s just that they don’t realize they’re carrying a [bioweapon],” she said. “I’m no longer afraid for my safety, now that I’ve had COVID. I’m afraid that I will have to bury my friends and coworkers.”