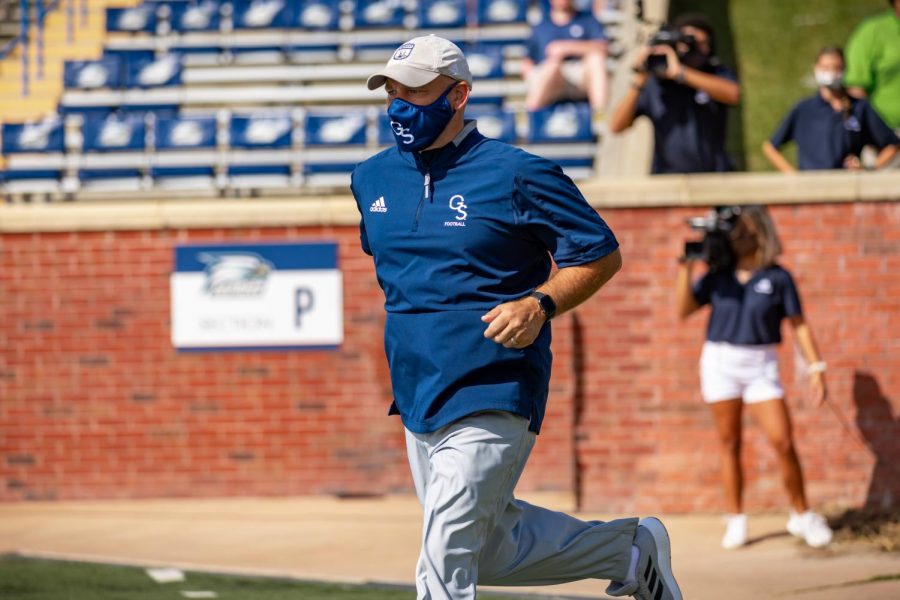 STATESBORO — In a shocking turn of events, Saturday’s game against Florida Atlantic has been postponed due to increased positive COVID-19 tests within the Owl football program.

“We’re beyond disappointed that we won’t be able to play this home game, but this is an evolving situation that changes week to week, day to day,” said Athletics Director Jared Benko in a Friday morning statement. “We know first-hand how hard it is to play a game with a large number of players unavailable.”

“We have had dialogue with them and are working toward a rescheduling of December 5,” said Benko.

During the press conference, Benko also revealed that the Sun Belt has already approved the Dec. 5 make-up date. However, Conference USA’s championship game is scheduled for the same date and their flexibility around that date has yet to be determined.

If a make-up date cannot be determined between the two teams, Georgia Southern should have a plethora of options available as a number of teams across the country are also in search of make-up games.