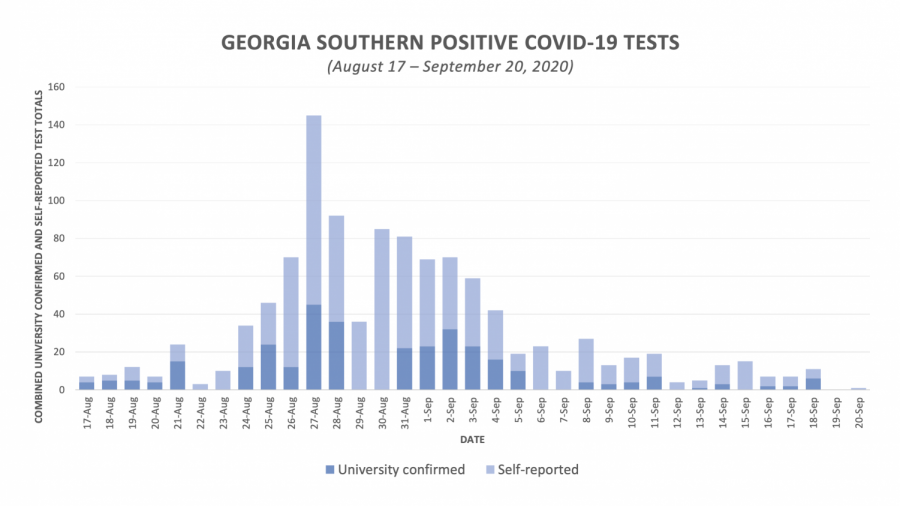 “The report below shows a third consecutive week of considerable decline in confirmed and self-reported cases after completion of the fifth full week of classes on our campuses,” said a disclaimer on GS’ reporting website. “We especially applaud our students who have stepped up to support these efforts and encourage responsibility within their social networks.”

Like all of the reports so far, a majority of the cases come from students on the Statesboro campus.

Nine cases come from employees, seven from the Armstrong campus and, again, none from the Liberty campus.
COVID-19 Analysis