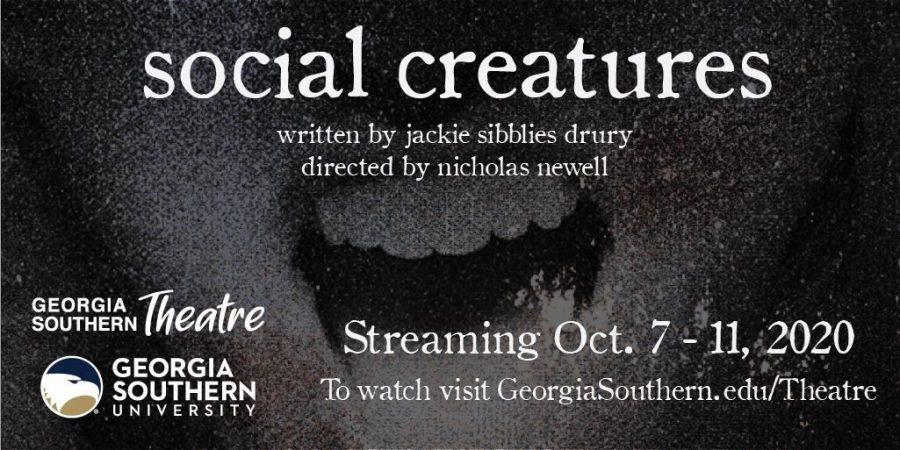 STATESBORO — With in-person performances no longer being much of an option, the Georgia Southern theatre program has begun moving its entire process to a virtual format.

Auditions, rehearsals and the showings themselves have all been reformatted to adhere to social distancing guidelines. Some rehearsals have been initiated in person with the actors remaining a sufficient distance apart, but the players are also just as encouraged to attend rehearsal virtually as well.

“We started thinking about this early on, because—back in early spring—we had already identified what our seasons of production were going to be on both campuses, and we needed to adapt those as soon as we could,” Pamela Sears, a professor of theatre on the Armstrong campus and the director of “28 Hours,” said. “We started thinking of various ways we could have the show go on and persevere and send the message to our students that just because we are in a pandemic and 100 percent focused on keeping everyone safe doesn’t mean we can’t still be creative and make art that’s valuable to the campuses and to our communities.”

Rather than offering showings in-person, plays through the theatre program will either be posted on their Facebook page or broadcast on Vimeo, depending on if the topic of the play is public domain or not. Due to the revision, the theatre is no longer charging for tickets, either.

As of now, two events have been streamed: a 24-hour play event called “Wham! Bam! Play Slam!” and the Irish tragedy “Riders to the Sea.” In addition, two more plays are in production using the new format: “Social Creatures,” a dark comedy focusing on a group of survivors taking refuge in a theater amidst a worldwide epidemic, and “Touch,” a work directed by Lisa Abbott, chair of the Kennedy Center American College Theatre Festival Region IV, that will discuss the concept of the titular sense in a world where it does not exist, told through a story crafted entirely by its cast.

The actors are getting used to the new format, and as both Sears and Nicholas Newell, the director of “Social Creatures” and a GS assistant professor of theatre, have reported, reception has been positive to the change, and the department is not averse to retaining a virtual option for acting even after the pandemic is over.

“Theater is meant to be live,” Newell said. “That doesn’t mean that there isn’t value in any of the experiments we’re attempting.”

For information on how to watch the streamed plays, contact gstheatrelive@georgiasouthern.edu. “Social Creatures” is scheduled to stream from October 7 to October 14, and Touch will stream from November 11 to November 15.