What happened to Student Government? 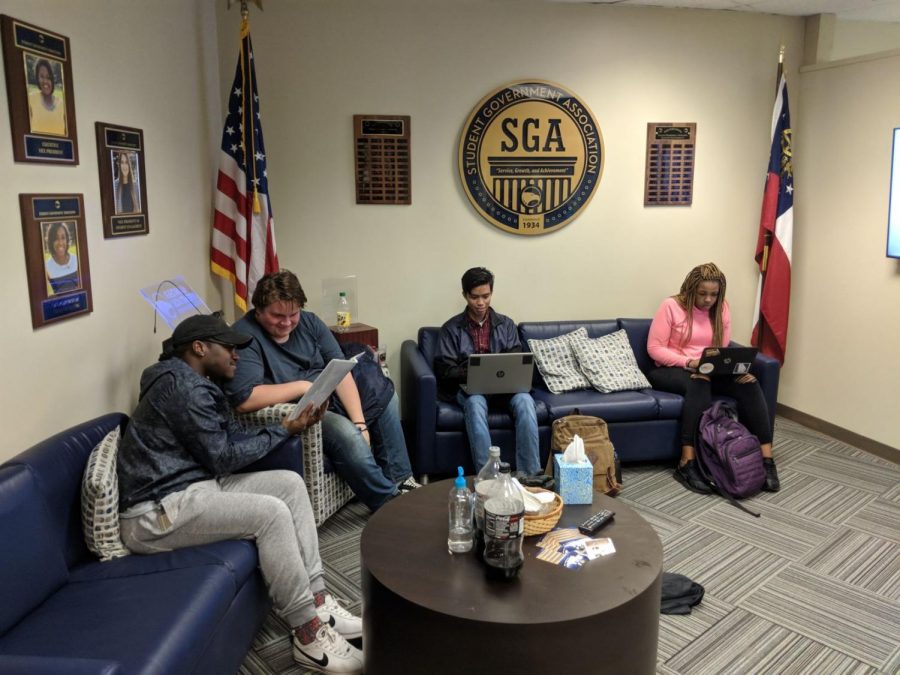 Note: This photo was taken in November 2017, prior to the COVID-19 pandemic.

STATESBORO — Over the course of the summer and fall semesters, the student government association (SGA) decided to take some time off to reconstruct their program. We found that while they may be absent now, SGA isn’t gone forever.

Students like Brianna McElwaney, a freshman, told us she’s concerned about the lack of representation.

“It could be online, it is very important,” said McElwaney. “I don’t understand why they wouldn’t be in session this semester. It is important to get student’s voices heard.”

Ken Gassiot, associate vice president for student engagement and advisor to SGA, says this reconstruction includes the rewriting of the organization’s constitution.

Before this, the Armstrong and Statesboro SGAs were functioning as if they were two separate organizations, therefore the constitution is being rewritten in attempts to ‘marry’ the two and make one unified organization.

Gassiot added that SGA did not elect new members during the spring semester due to COVID-19 and the lack of presence on campus.

“There were other [University System of Georgia] schools that were doing the exact same thing,” Gassiot said.

Shakira Robins, also a freshman, says she believes if there was a will, there could’ve been a way.

“They could have made an alternative option, like a Zoom meeting,” said Robins. “It feels irresponsible.”

SGA hopes to hold elections this semester, and be back up and running by the end of the semester.

Gassiot said that they plan to hold information sessions for elections October 6 – 8.

He said SGA should be done with elections and preparing for a meeting after October 28.

Meanwhile, Gassiot suggests that if students have concerns about anything, to reach out to him or anyone else in the division of student affairs.

“We are all advocates for students, so really they can really come to anybody,” said Gassiot.