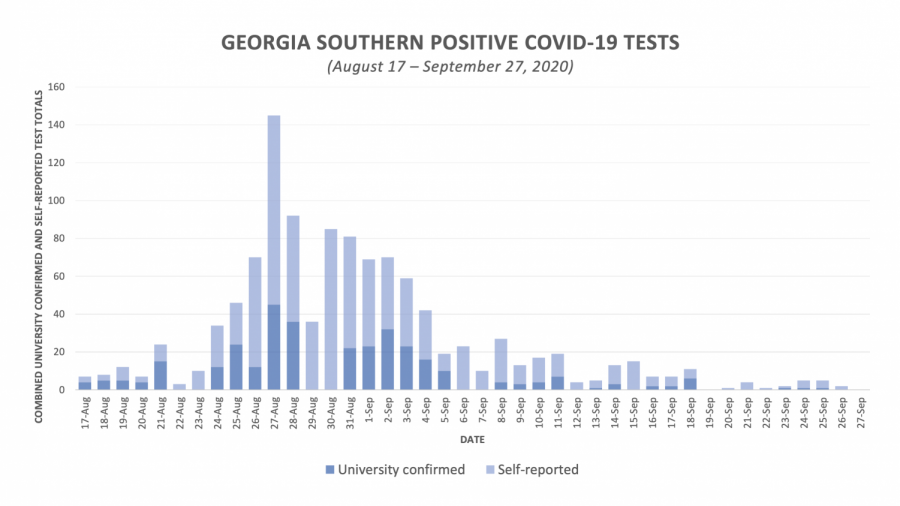 STATESBORO — Georgia Southern officials announced another week of decline, reporting only 19 cases during the sixth week of school.

“The report below reflects a fourth consecutive week of decline in confirmed and self-reported cases, with no single day last week registering more than five positive reports” said a disclaimer on GS’ reporting website. “While these numbers indicate continued effectiveness… we must remain vigilant with our adherence to public health guidelines if we want this trend to continue.”

Five cases come from employees, three from the Armstrong campus and one from the Liberty campus.
COVID-19 Analysis